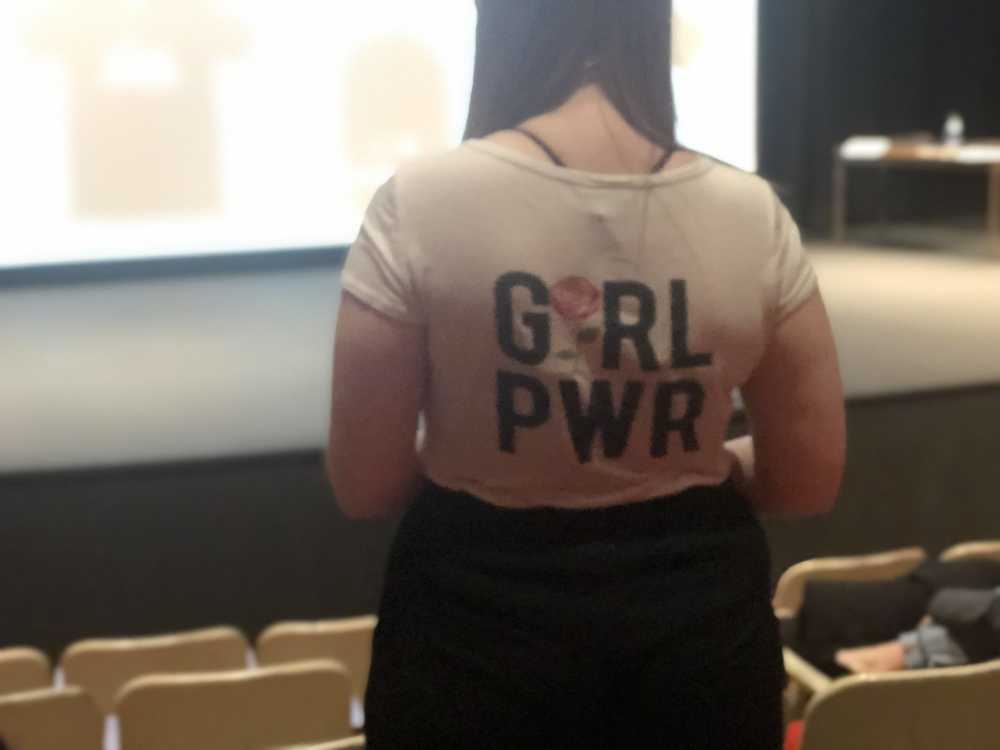 Female orgasms are one of the most misunderstood topics in the sex education field.

To help shed some light on this topic, health educators Rachel Dart and Marshall Miller visited Southeast to give a presentation titled “I Love Female Orgasm” on Feb. 5.

Rose Theatre was filled with more than 100 students for the program, which was last presented Southeast in the fall of 2006. It was aimed to be an all-inclusive event so anyone who wanted to learn, could.

The program took a light-hearted approach to sex-education; Dart and Marshall used references from shows such as Netflix’s original series “Big Mouth” and the 1989 film “When Harry Met Sally” to help students ease tension, and to get a good laugh, too.

They also read reviews from Amazon about a “Harry Potter” broomstick toy that vibrated, which ultimately ended up being taken off shelves due to misuse.

Student Activities Council Culture and Awareness coordinator Akilah Murphy said she brought the event back to Southeast to help students learn to be comfortable with themselves.

“It’s very rooted into self-care, self-love … because I know I learned a lot of that in college, so it’s the best way and the best place to learn it,” Murphy said.

The program has been put on over 500 times for more than 100,000 people in 44 different states, according to Murphy. Dart and Marshall agreed it was important for students to learn more about sex education as a whole. 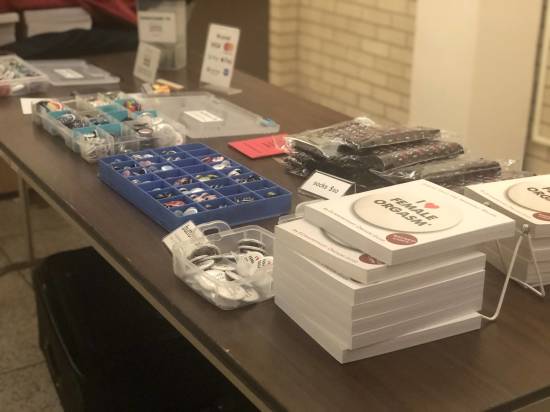 Merchandise was available for purchase at the event, including books, socks and buttons.
Photo by Christi Hartung

“I would hope that the people who came leave feeling more comfortable searching out information on sex or even talking with their partner, whatever the next level is for them,” Marshall said.

Dart added, “I think it’s really valuable for people to come into a space where we’re talking about these things without any stigma.”

Junior Lauren Kohn said she attended because she never had the opportunity to learn about sex in school.

“I didn’t have Sex Ed in high school, and I think it’s important because it showed body-positive and sex-positive light on the subject,” Kohn said. “I just kept thinking about how different it was from ‘Mean Girls,’ ‘Don’t have sex, or you’ll get pregnant and die.’ It was really reassuring.”

Dart ended the presentation with a statement emphasizing comfort and respect.

“Keep learning and keep exploring. It’s your body, and you have the right to know it and enjoy it with someone you respect and who respects you in return,” Dart said. “Orgasms reduce stress, relieve headaches and menstrual cramps, burn calories, reduce junk food cravings and is a great way to spend your Wednesday night.”

SAC events throughout the semester can be found at www.semo.edu/SAC.