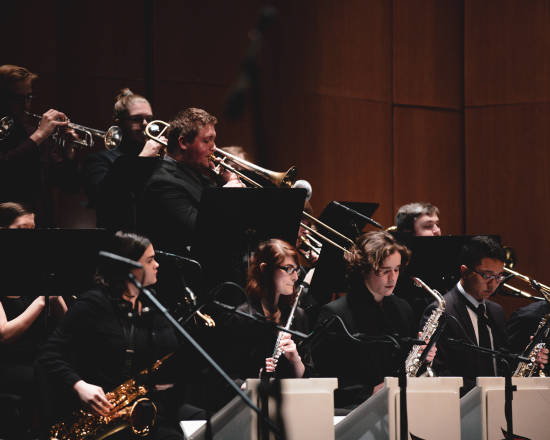 Southeast’s Jazz Lab opened the concert with pieces such as “Step Lightly” by Joe Henderson. Featured guest artist Fraedrich joined them on “Feels So Good” by Chuck Mangione.

“To have Craig Fraedrich here, I think we’re setting a standard of having quality musicians here that not only can play but that can teach as well,” Jefferson, the Director of Jazz Studios, said. “I look for artists that are going to serve a dual purpose so that our students can get the most out of it.”

For over 30 years, Fraedrich was a professional trumpet player, even playing for America’s army jazz band, The Army Blues. Fraedrich has composed hundreds of pieces for the band. 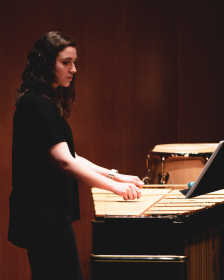 Later in the show, Southeast’s Jazz Studio performed pieces that Jefferson picked while he was visiting his father in the hospital. These pieces include “Active Measures” by Rick Lawn and “Sky Dive” by Freddie Hubbard. Musicians on the trombone, saxophone, and guitar performed throughout the evening. The Jazz Studio also played alongside Emmett Good, a trombonist from Pittsburgh, Michael Goldsmith, a saxophonist who has recorded music for the St. Louis Cardinals, and Rick Haydon, who played guitar professionally for 52 years.

“The inspiration for handpicking the songs was the connection I felt with my father at his last moments,” Jefferson said.

The last song for that evening called “The Doctor Is In,” was performed in reference to his father’s hospitalization. Afterward, Jefferson thanked the audience for support.

“I’m very thankful for the community that comes out and supports not only the event, but all other events that we have here at Southeast,” Jefferson said. 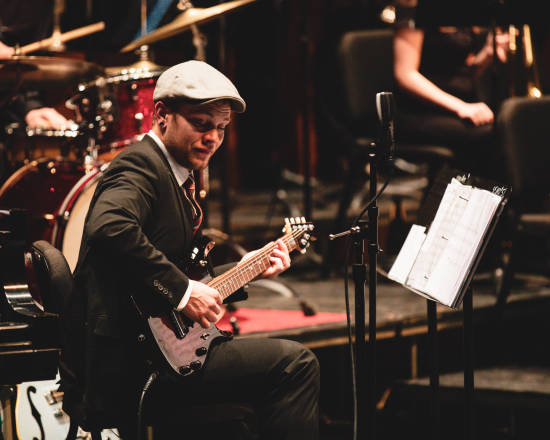 The next concert by the Jazz Studio will be Jazz Series: It Might As Well Be “Swing” on April 7 at 7:30 p.m. at the Bedell Performance Hall. This will be the last jazz concert of the season. Tickets can be purchased at the River Campus box office, or at rivercampus.org/tickets.