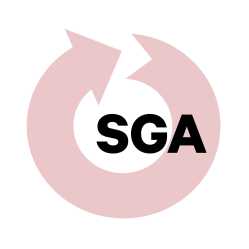 Luke Collins, Residence Hall Association (RHA) representative, will be taking on the responsibility of first-year senator in addition to his RHA responsibilities.

As a representative, Collins was a non-voting member of SGA his first semester in the organization. As a senator, he will be able to vote on new senate business and be part of an SGA committee. Collins will remain as the RHA representative until another member of the association shows interest in the position.

Collins believes SGA is a valuable asset for students to use their voices. He also likes the process SGA senators go through to decide the right thing and make the correct action happen for the student body.

Junior Kayla Parham will fill a senator vacancy in the College of Education, Health and Human Studies. Parham said she is very involved on campus and with student-to-student interactions, so she wants to try her hand at something new.

“I’m very involved in the front face of the university, whereas student government’s the behind-the-scenes,” Parham said. “It’s kind of an extension of my major, sports management, where I often work behind-the-scenes of sporting events.”

Senior Christian Ondr will be filling a senator vacancy in the Holland College of Arts and Media. Ondr said his interest in SGA stemmed from his interest in serving the community through volunteerism, membership or simply attending events.

After the meeting reopened from closed session, Collins, Parham and Ondr took oaths as new senators and assumed the new roles immediately.

Parliamentarian Anna Carpenter proposed the removal of bylaw 301.09, also known as the student advocate bylaw, from the SGA Constitution during the second half of Monday’s meeting.

According to the bylaw, the student advocate must “act as an impartial or independent advocate for students,” while advising them “on their rights and options in the judicial process.” The advocate is meant to be someone who students could talk and relate to more than a Southeast employee, making the student more comfortable.

Carpenter recommended the removal because the bylaw was outdated and nobody had filled the position in six years.

The conversation quickly turned into a debate with senators picking sides with their positions.

Sen. Reagan Tibbs was one of the most vocal who opposed the removal. Tibbs asked SGA Advisor Michelle Irby whether there had been an effort to fill the student advocate position in the past six years. Irby said there wasn’t an effort but explained students didn’t express a need for the position.

“I oppose removing this bylaw,” Tibbs said. “As student government, we probably should make an effort to go out and find somebody. Maybe some students just don’t know this position exists here at Southeast. I think we really need to go back into the bylaw and rework this, to see if we can work with the Judicial Board.”

While some senators saw this as a reason to keep the position, others saw it as a reason to remove the rule. Sen. Sophie Machen brought it back to the student perspective when she explained why she was in favor of the removal.

“I know, as a student, if something as serious as having to appeal or go through the judicial process, I would rather speak to somebody who does it for a living and has no way of misinforming me,” Machen said. “I’m not saying I wouldn’t trust a student, but if it’s something as serious as that, I would rather go to someone who is paid to do it and it’s a permanent job.”

Secretary Ayshia Gray called for a roll call vote, which requires a two-thirds vote to pass instead of a simple majority.

The removal passed with the two-thirds majority needed.