The lasting legacy of Ada Cruce 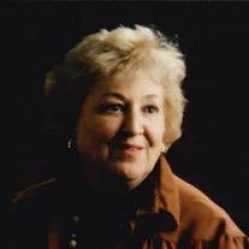 Cruce was known by her friends and family for her ability to live life to the fullest, her community-oriented mindset and her thirst for knowledge.

Karen Gleeson, senior administrative assistant of Southeast Athletics, knew Cruce as a professor when pursuing her master’s degree at Southeast.

“She was an absolute wealth of knowledge and believed in allowing us to experience counseling as our students would,” Gleeson said. “For example, she not only taught large group counseling, but she had our class become the large group and we learned what it would be like to function in that setting.”

After completing her master’s degree, Gleeson said Cruce became a friend and colleague, and she loved and appreciated Cruce for her kindness and knowledge.

As a professor for over twenty years, she had many students and colleagues who remember her impact on them and other students.

“Students held her in high esteem and reverence; her world drew them in,” Stacy said. “Whenever a student called on her, she reached out.”

Trudy Lee, interim vice president for university advancement and executive director of the University Foundation, said she knew Cruce later in life after she had retired. But she said Cruce continued to support the university and impacted the lives of everyone she met, even after her time at Southeast.

“She's touched a lot of lives, and that's a good thing to say at the end of your life — that you've touched a lot,” Lee said.

“She never gave up and she always had a positive attitude, and that was the really special thing about Dottie,” Lee said. “But the university itself meant so much to her, and she was absolutely dedicated to her profession of psychology and counseling.”

Her family has set up the Dr. Ada Lou Cruce Endowed Scholarship for graduate students in the department of Psychology and Counseling.

“I wouldn't be surprised at all if it was her idea, but it was definitely the family's wish that all gifts and memorials come here for the scholarship in her memory,” Lee said.

Cruce’s funeral service was held in Cape Girardeau on Feb. 13, and she is buried at Cayce Methodist Church Cemetery in Cayce, Kentucky.

Lee said Cruce always asked her to sing at her funeral, and the songs Cruce had requested were “I did it my way,” by Frank Sinatra, “People,” by Barbara Streisand and “What a wonderful world,” by Bob Thiele.

“Those were all just kind of things that she really believed—that it's a great world and people and relationships make life worthwhile,” Lee said.

“While I did not know Ada Cruce personally, she is remembered with gratitude by the Safe House for Women for her involvement in the establishment of our shelter in the early 1990s and her service on our board of directors,” executive director of SEMO Safe House, Jessica Hill said.