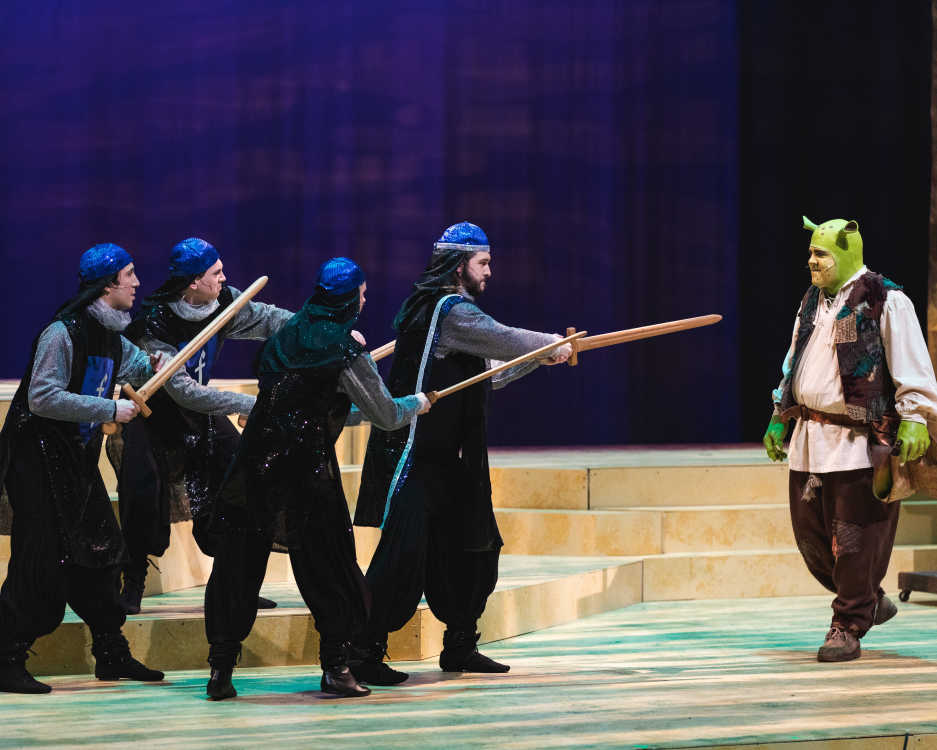 Shrek, Andrew, and Captain of the guard Alec Hatchell

Bedell Performance Hall was transformed into the fictional kingdom of Duloc during the run of “Shrek:the Musical” Feb. 19 through 23.

The musical delves into the childhoods of Shrek and Princess Fiona, of the 2001 film, "Shrek." The audience witnessed a sensitive side to the infamous ogre and also performances from other fairytale creatures.

The story sheds light on Lord Farquaad’s family feuds and incorporates staple statements into the show, which bring about laughter from children and adults alike.

Fiona's childhood, teenage and adult years are showcased in the song “I Know It’s Today” in which she expressed the desire for her one true love to rescue her from the tower she is held captive in.

The audience learns more about evicted fairytale creatures when they are dumped in Shrek’s swamp — the furthest slum from Lord Farquaad’s picture-perfect kingdom. Farquaad sends the “freaks” to the furthest, nastiest places he can think of in the kingdom of Duloc. The next option for the dumped creatures is a landfill.

“Shrek: the Musical” is the first main stage show of the calendar year. This musical consumed more than 100 hours of collaborations between students and faculty and was described as a wild success by vocal director and senior Kanisha Kellum. 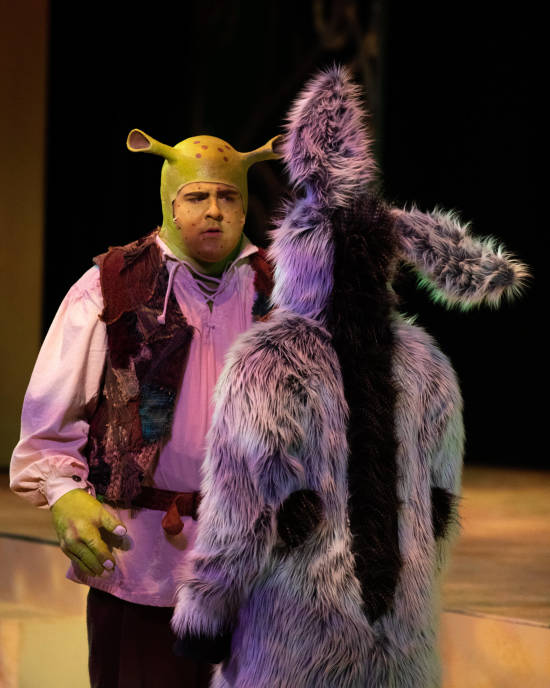 “It was definitely a journey, but we got to the finish line,” Kellum said. “The show is only going to improve over the next few nights.”

Main stage productions at Southeast require hundreds of hours of preparation over a short period of time. Actors must memorize their lines and choreography, learn music and collaborate with one another outside of rehearsals to perfect their characters.

Dancers spend hours on their feet in shoes such as tap, pointe, character and ballet shoes — several of which can be implemented in a single show. Costumes have to be researched, designed, created and tailored to the actors.

Set pieces have to be designed, created, pieced together and built on stage. Lighting and sound effects must be programmed, coordinated and running smoothly. All of these actions must be manned by working professionals and perfected down to inches and seconds.

The majority of these working professionals are students, and all of this work must be completed in around six weeks.

Sophomore TV and film student Isabel Nauman said the cast and crew for “Shrek: the Musical” has been practicing on the Bedell stage since Feb. 12, which is only one week of rehearsal on the main stage. Nauman plays a Duloc Dancer and a Tap Dancing Rat in the musical.

Freshman Musical Theatre major Ally Wukitsch described the end result of such vigorous preparation after she watched the musical for the first time.

“Everything about this show can be so complicated and hard to put on, but I think they just did a very beautiful job,” Wukitsch said.

Junior musical theatre major Andrew Feigenbaum personifies Shrek on stage and discussed the struggles of showing a famous character in a different light. 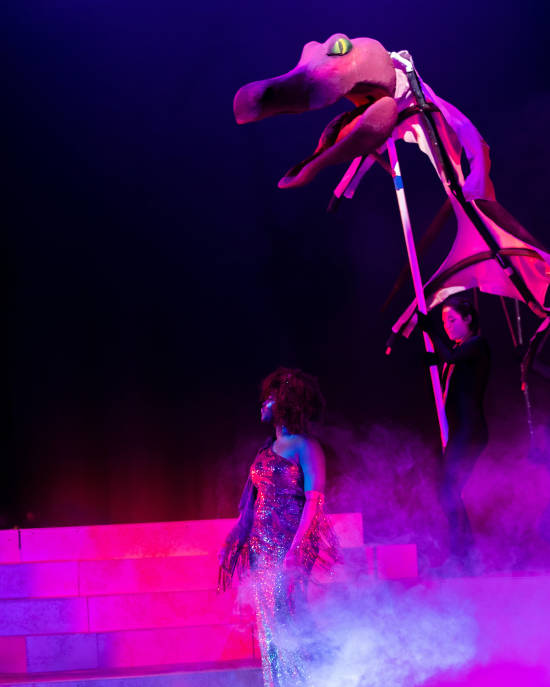 “People have a preconception of Shrek because they've seen the movie, and the musical is a little bit more of an expanded version of the movie of Shrek,” Feigenbaum said. “You get deeper into Shrek’s emotional side.”

Through the discussions of differences and life’s hardships, the show exemplifies the same kind of belly laugh-inducing jokes as the original Shrek film. Junior musical theatre major Gabriel Generally, who played Donkey, spoke about the importance of witnessing a live expansion of the film.

“We are out here, shaking our little booties off, and it is a shame if you don't see it,” Generally said.

To see the Bedell Performance Hall revamped into Shrek’s swamp purchase tickets at https://rivercampus.org/tickets/. The final show is on stage at 2 p.m. Feb. 23.