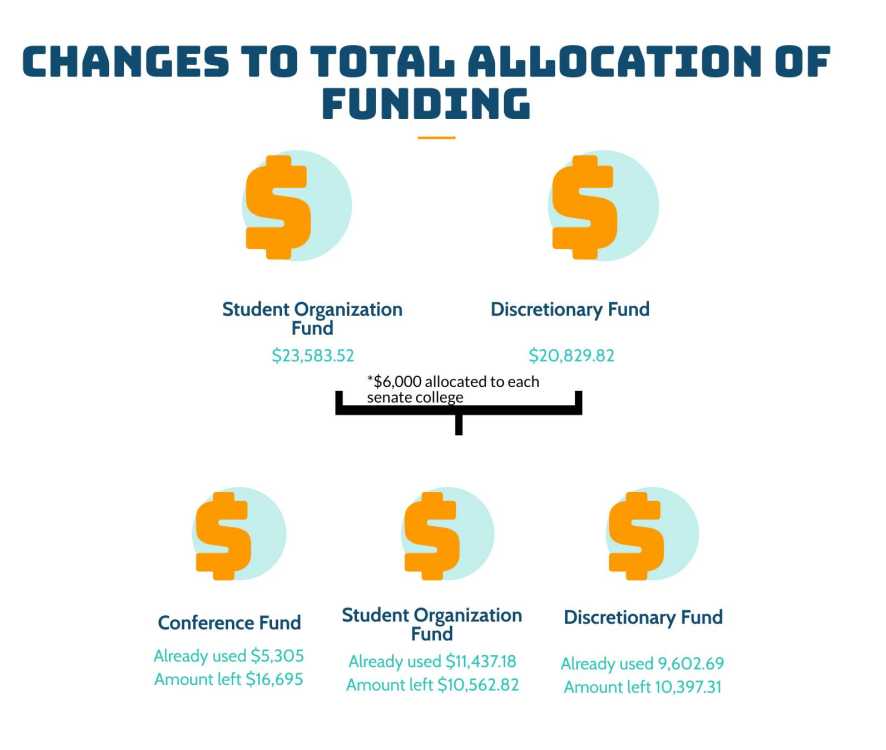 Student Government Association recently created a new fund as a way for students to have more access to the funds that come from the fees they pay as part of their tuition.

SGA Treasurer Justin Jacobs said he began working with the funding committee to change the way funds were being used by students. Jacobs said it was his main goal while in the position.

“After looking at it, I could just tell that the design was altering the amount of money that we were giving out, and that money is all student-fee money,” Jacobs said.

Each fund is created from student general fees that are paid as part of tuition every year. How that money is used is up to the executive board and senate members of SGA.

To create a new funding account, a new bylaw must be written, voted on and accepted in order to be added to the official SGA bylaws.

When asked about the bylaw confusion, the executive board was unaware of the problem, but president Matt Rolwing said they hoped to fix it as soon as possible.

“That's an easy fix that we can go in and make a motion for on Feb. 24 and have that split up,” Rolwing said.

However, at the meeting on Feb. 24, the mistake was not brought up and Jacobs said it would be pushed back to the next meeting.

Sunshine Law, which requires certain proceedings of government agencies to be open or available to the public, states citizens of Missouri have the right to access their local governments and easily find information about the goings-on of those entities, including student governments.

The conference fund and student organization fund will now both be included as section 409.03 No.1 until further notice, but it doesn’t affect the money that has already been distributed from both funds.

“It's the same total amount of money even though it's split from two, so it was always the same dollar amount,” Rowling said.

The new fund was created between the two funds that already existed. Jacobs said the original $34,000 left from the $64,000 total funding was moved around so the two funds could now be three for the spring semester.

“The current balances of the three accounts [are] about $10,400 in the discretionary, $10,600 left in student organizations and then there's about 16,700 left in the conference,” Jacobs said.

All meetings are open to the public are held on 8 p.m. on Mondays in the University Center Ballroom.