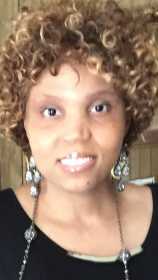 On Monday, Feb. 24, the world honored the legacy of legendary five-time National Basketball Association champion Kobe Bryant and his daughter, Gianna, during the public memorial service at the Staples Center in Los Angeles.

Twenty thousand people, including current and former NBA players Steph Curry, Magic Johnson and Kareem Abdul Jabbar packed the Staples Center, the place known as “the house Kobe built,” to mourn the loss of Bryant and his daughter, as well as the seven other victims who lost their lives that fateful day in a helicopter crash on Jan. 26.

Throughout the service, as the No. 8 and 24 jerseys hung from the rafters, there were moments that brought tears, laughter and applause. Fans, who attended the memorial were able to say their final goodbyes. Late-night talk show host Jimmy Kimmel emceed the event, and Bryant’s wife, close friends of his, and fellow basketball legends such as Diana Taurasi, University of Connecticut's Geno Auriemma and Shaquille O’Neal offered their fondest memories of the beloved athlete.

Bryant’s wife, Vanessa, told the crowd she didn’t see him as a celebrity nor as an incredible basketball player, but as her sweet husband and the beautiful father of her children.

While watching the memorial, I learned some of the most important lessons in life — primarily, that life is too short. None of us know when our time on this Earth is up. I think, as people, particularly young people, we tend to assume that we are going to live forever or at least live well into old age. We all make that assumption. None of us could imagine dying at a young age, even though it happens every day.

I think events such as the one that took Kobe and Gianna’s life are jarring, sad and a tremendous tragedy, but it does “wake us up” in the best way possible. It forces us to put in perspective the things that matter in life and what’s really important.

We can all learn to not take life for granted and to live life to the fullest, as cliché as it sounds. On Jan. 26, Kobe Bryant was doing what he always does, doing his normal routine. He was being flown around, kind of like we drive in our car. Just like we don’t know if an accident will occur while driving in our car or riding on a bus, on that day, none of us could have imagined that his life would come to a close.

The important lesson I get from this and his overall life is to make the most out of life. If you have a bucket list, try to fulfill the majority of items on that list. Inspire people for the better. Be kind to people because you never know what they are going through. Be a great human being, a great father, a great sister, a great niece or aunt, a great student — whatever it is — be great at it.

Another lesson I learned from this tragedy is to be the best you can be, to strive to be the best at whatever you do. Kobe, also known as The Black Mamba, was known for his passion, tenacity and his work ethic. I hope that if I strive to have the same work ethic and fire that he had, I too can have the “Mamba Mentality.”

For the past couple of weeks, at least for me, it has been very difficult to comprehend this tragedy. I’m someone that takes death very hard, whether it is a famous person or someone I know in my day-to-day life.

A couple of weeks before the Spring semester started, my 93-year-old grandmother died. She lived a long life, and for the past few months, my family all knew she was nearing the end. When she died two days before the new year, I still struggled to process what had happened, even though my family knew it was coming.

Just like I struggled to process my grandmother’s death, I also struggled to comprehend a perfectly healthy, 41-year-old and his teenage daughter dying suddenly. It caught me off guard. I went through the many stages of the grieving process like I would a loved one.

But as hard as it was to process, probably the most valuable lesson I learned was that death is a part of life. During the memorial service, Kobe Bryant’s Oscar-winning short film “Dear Basketball” played on the screens. The film was a farewell ode to the game he played for 20 years in the NBA.

During that moment, it dawned on me that the goal should not be to be immortal and to avoid death, but to live life to the fullest while on Earth, so people in your life too, can say you left it all on the “basketball court called life”.