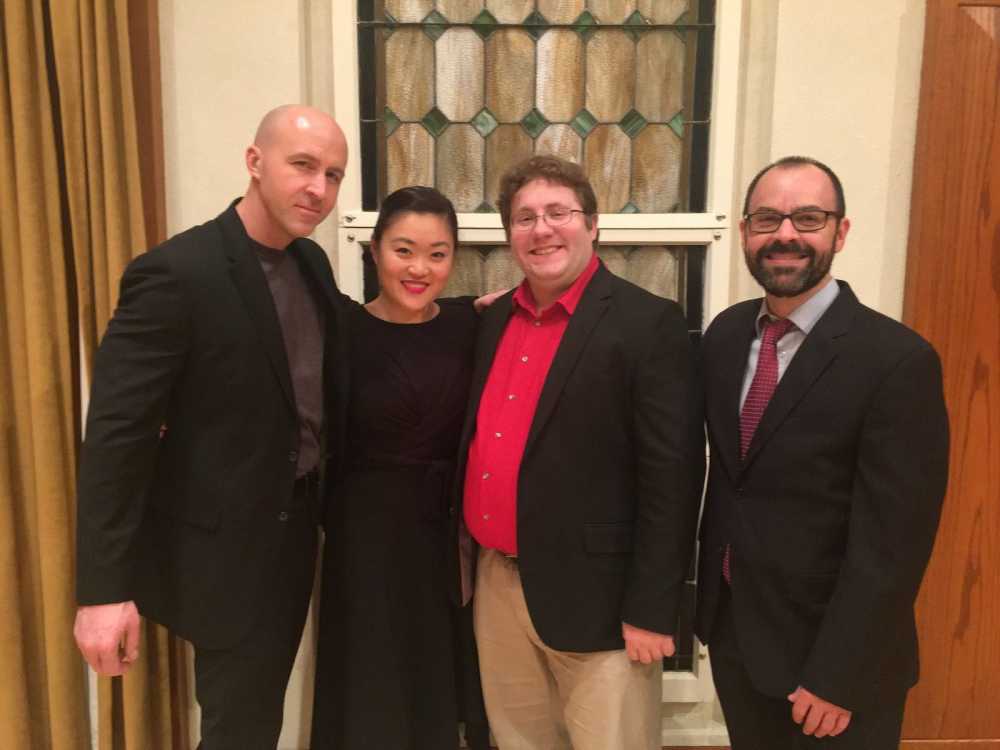 On Feb. 29, the Department of Music hosted a performance in Shuck Recital Hall on River Campus titled “Pas De Deux.”

This event was part of the Entrepreneurship Residency, an event Southeast hosts for students to make it easier to find a job after college. The recital’s purpose was to show students what the music teachers can do when they’re not teaching.

Along with the other performers, Peiskee said it was good for students to learn about how those giving the lectures are also advancing in their own fields.

“Our students don’t know our guests. You listen to them speak in an academic setting for a few days, but it’s nice to get to see them in their native habitat,” Peiskee said.

“I’ve known many of the performers for several years now,” Thaler said. “It’s kind of a celebration of the end of a really exciting week, so it’ll be nice to see them on stage.”

Sarah Russel, a Southeast sophomore, said she was interested in the event because it was a rare find for her.

“I’ve been here for almost two years, and I haven’t heard anything from the strings side, and I’m just really interested to hear what they do,” Russel said.

Han, also an assistant professor at Southeast, mentioned she had hoped those who watched had a good time simply listening to them play.

“I want them to have fun,” Han said. “I want them to feel like this is a welcoming place where they can come back, where we engage them as performers.”

The Symphonic Pops concert, an orchestral concert that takes place on March 10. It will feature music from the category of films and stage, with selections from “Star Wars” and “The Phantom of the Opera.” The event will be held at the Bedell Performance Hall. For more information, visit rivercampus.org/tickets.