Justin Dirden powers his way to top of Southeast offense 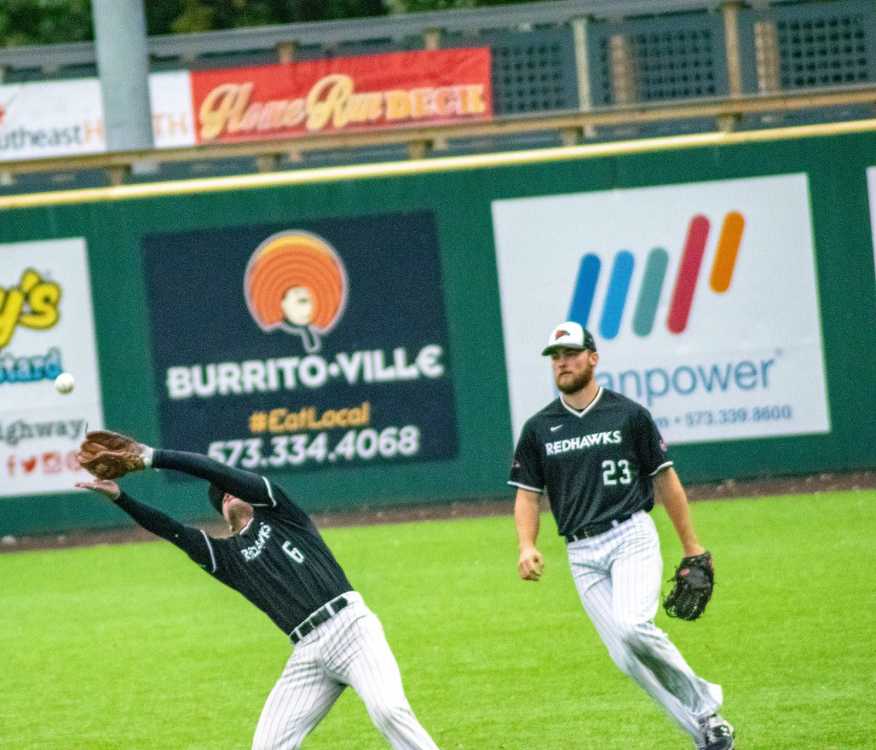 Redshirt senior outfielder Justin Dirden (right) backs up his teammate on a fly ball at the SEMO World Series on Oct. 25 at Capaha Park.
Photo by Jelani Days

Redshirt senior outfielder Justin Dirden has been the driving force of Southeast baseball’s offense to start the 2020 campaign.

Through the first 13 games, Dirden is batting .404 and leads the team with 7 home runs and 16 RBI’s. Dirden also leads the team in OBP where he is getting on base at a .468 clip. Dirden is ranked second in the NCAA in home runs.

Dirden credits the Southeast coaching staff for his early-season success.

Dirden got his start in baseball when he was around five years old. He said playing youth soccer made his family realize he should play baseball.

“The reason [my family] wanted me to play soccer was because I was overweight. They just wanted me to start running around,” Dirden said. “I always picked up the ball and got handballs called. I would try to throw them in the goal, so they started to realize baseball would be the way to go.”

Dirden said it was his junior year of high school when he realized he could compete at the college level.

“I started getting a few phone calls from different colleges wanting me to come play for them,” Dirden said. “I started to realize I could probably take my talents on to the college level.”

One of the things about Southeast that stuck out to Dirden — an O’Fallon, Missouri native — was how close it was to home.

“Being able to come back home and get a little bit of a break on the financial side was pretty big as well,” Dirden said.

Dirden missed the 2019 campaign due to a wrist injury. Dirden said rest was a big part of the healing process.

“You know, being able to take some time off from the game and letting [it] heal,” Dirden said. “But once that was healed we got back to that zone.”

Dirden said one of his main focus points is to separate the offensive and defensive side of the game.

“Whether you have a good at bat or a bad at bat you don’t really want to take that out to the field,” Dirden said. “Say, if you have a bad at bat, go make a good play in the field.”

Dirden and the Redhawks wrap up a three game series with the University of Tennessee at Martin Skyhawks at 1 p.m. Sunday March 8 in Martin, Tennessee.