Year of the Freshman: Nick Bryant 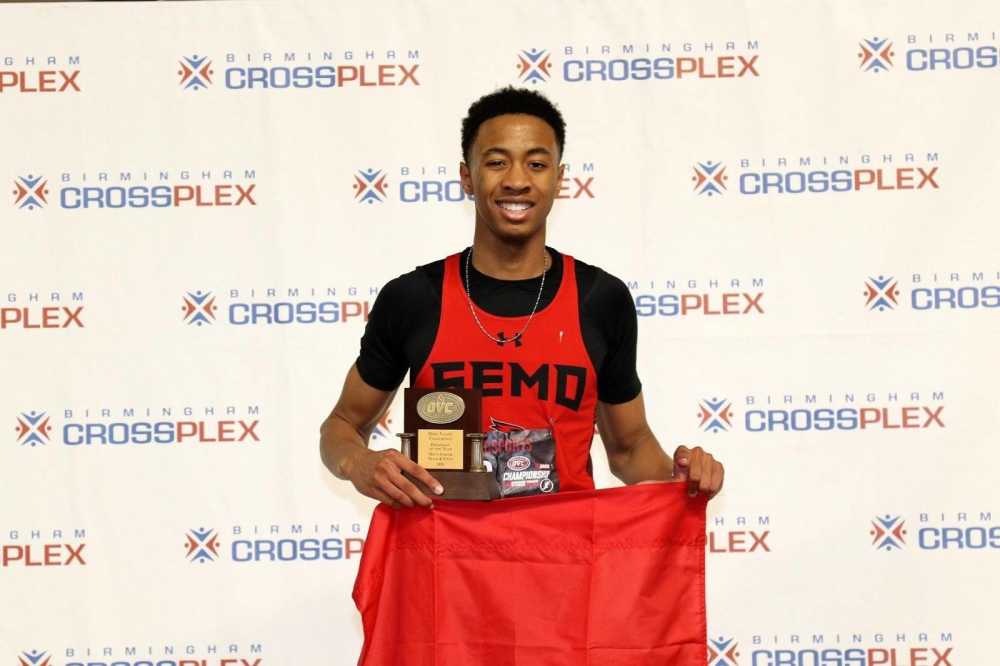 Southeast concluded its indoor track season after the men’s and women’s teams came in second and third place in the 2020 Ohio Valley Conference Indoor Championship on Feb. 27 in Birmingham, Alabama.

At the conclusion of the meet, three Redhawks were awarded honors for their continued excellence throughout the season — freshman sprinter Nick Bryant being one of the few. In the Championship, Bryant came in first in the 400-meter race by clocking a time of 47.89 seconds, which won him the gold medal at the event and is also his personal best. Bryant ended the season with two victories in the 400 and in the 4x400 meter relay race, while also capturing a victory in the 600-meter race at the Gene Edmonds Memorial.

Bryant won the Ohio Valley Conference Male Freshman of the Year award, the first person in Southeast track to do so since Chris Martin earned the award in 2014.

“I was shocked, honestly, but it’s a blessing,” Bryant said. “It’s nice to be recognized for what I did, but I’m honestly just focused on getting to the next step.”

Before track and field, the approach Bryant took toward sports was different. Bryant didn’t play any sports during his freshman year of high school and didn’t start track immediately like most runners. Standing at a height of 6 feet 4 inches, Bryant began to play basketball in his sophomore year of high school but then capitalized on the opportunity to run track the following year. With the help of his coaches and the encouragement from his mother, Bryant decided to invest in track for the remainder of his high school enrollment.

“I thought track was kind of lame and I didn’t really get into it until my junior year [of high school],” Bryant said. “I did track for fun at first and it was okay… my mom made me get into [track] first because she wanted me to be productive and get out of the house, but after I went into the track Amateur Athletic Union program and I just kept doing it.”

Bryant earned himself a gold medal running the 400-meter race in the OVC Indoor Championship and has an Athlete of the Week honor under his belt, but the freshman says that the 400 wasn’t always his first option.

Bryant stayed consistent with the sport every step of the way after that. After competing in preseason matchups and going through the indoor season of his senior year of high school, Bryant was offered a track scholarship from Southeast.

“I didn’t have a lot of time to prepare for the 400 race because I’ve only run it about four times,” Bryant said. “I was originally invested in doing the 600 because I wanted the record for that, but Coach Dana told me I should focus on the 400. I began to focus and each race I got better and better.”

Bryant has his goals set as he believes his indoor success can also carry over to the outdoors despite the differences between the two.

“It’s different to prepare for mentally, but you adjust. [Outdoors] it’ll probably take about two races for me to get adjusted whereas indoors it would take me about four. I like running outdoors because I like the outside energy it brings”, Bryant said.

When speaking about the Auburn invite Bryant went on to say, “I’m looking forward to the Auburn meet, they have some really fast guys over there and I’m always excited to compete against tough competition.”

Southeast track will not play this spring as the NCAA and OVC canceled play and practice indefinitely.