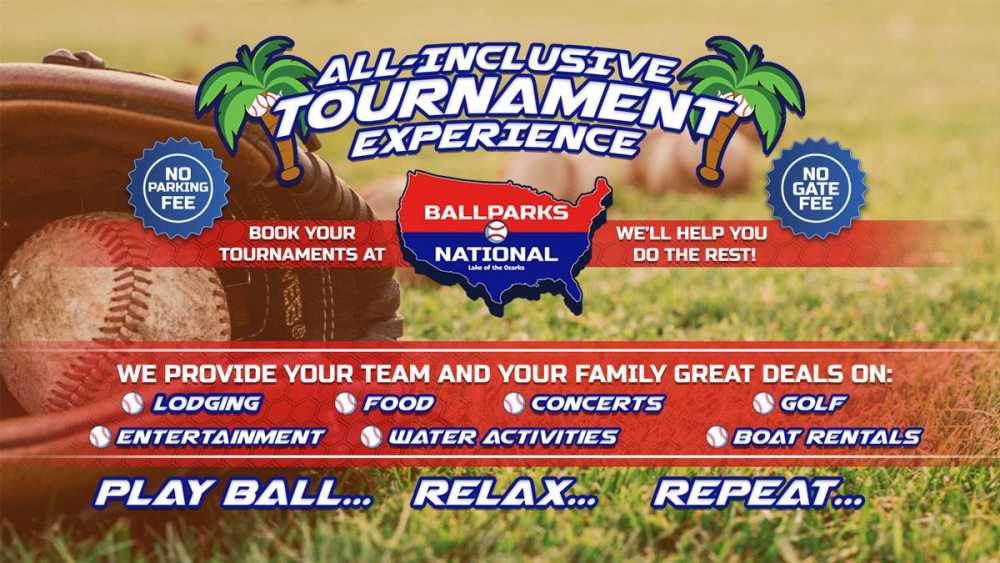 When Jeff Vernetti left radio broadcasting to start a company dedicated to opening up baseball complexes for kids, he was betting on himself.

Vernetti, a 1999 Southeast graduate with a major in Mass Communications is the Chief Executive Officer and co-founder of Ballparks National, a young company, which began construction on its inaugural site at the Lake of The Ozarks in 2016.

The plan for Vernetti and his business partner, former Saint Louis University basketball play-by-play commentator Bob Ramsey, is to open up a nine-field baseball complex for 8- to 13-year-olds to play over the summer.

Vernetti said the complex at the Ozarks, which is set to open later this year, will be one of the few privately funded youth baseball complexes in the country, with the majority being municipality owned.

The idea for the business was born when Ramsey took his kids to one of the few other privately funded complexes in Cooperstown, New York. Vernetti said it was then the idea for a Lake of the Ozarks location came together.

“[Ramsey] took his kids to Cooperstown, New York, and that's a tremendous place to play ball for little kids, but he saw the revenue opportunities and I have the idea of Lake of the Ozarks; we kind of put them together and here we are,” Vernetti said.

Vernetti said he spends a majority of his time focused on establishing relationships with local businesses in the area to promote their teams. Vernetti believes the draw for the summer baseball destination connects well with the tourist-heavy Ozark area.

“The beauty of what we're doing is, we just have to build the park -- the amenities, the resort, the hotels, the waterpark, the water, the boats, the golf, all that's already here. We don't spend $1 on it,” Vernetti said.

According to ozarksfirst.com, between 4.5 and 5 million people travel each year to the Branson/Lake of the Ozarks area, with the majority coming between Memorial Day and Labor Day, making it one of the largest tourist locations in the state and region.

Despite coming into this up-and-coming business model in the Ozarks, Vernetti spent years finding his way around the inside of the St. Louis broadcasting world.

For Vernetti, who left his job at the time, working for Theta Xi Fraternity Headquarters, to pursue a broadcasting career, his first break in the industry came as a total chance.

He won a college media competition for 1380 ESPN radio, giving him a one-hour long weekly sports show, which he would gradually turn into a steady position at KFNS/590 The Fan.

“I entered this competition; I only had college radio experience … I ended up winning the darn thing,” Vernetti chuckled.

He spent years moving around positions, from 590 the Fan to CBS Sports 920. At one point early on, he ran the board operations for Bernie Miklasz, a longtime St. Louis Post-Dispatch sports columnist.

Vernetti said he realized he wanted to make the change from radio after he bought a batting cage to take on his own business, as opposed to continuing to work in broadcasting.

“Broadcasting is a tough business, your contracts don't mean much. You know, people come and go. There's not a lot of stability for those that want a family,” Vernetti said of the broadcasting industry.

“So, I started researching my own business, and then I bought an indoor batting cage. And so that's when I started to get the itch just to work for myself, instead of for other people,” Vernetti said.

Once the idea of his own business was in his head, a lot of the journey then became about raising money to feed the mission, Vernetti said.

“[There are] not a lot of things of value people can lean on … people got to believe in your idea … we were able to find those folks [to invest in the business],” Vernetti said.

For now, the site remains in construction as Vernetti continues to work to better the financial side of the complex, looking for people to buy in and invest, and work to secure operations once team-play tournaments begin.

Vernetti left his job in broadcasting and took his family with him to become the CEO of Ballparks National in the Ozark area. Looking back on that decision, and the process of opening up the park, “It's been fun, I’m ready to get [it] open though,” Vernetti said.