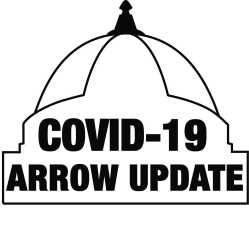 The past three days have been riddled with postponements and cancellations throughout the world of sports in response to COVID-19, also known as the coronavirus pandemic.

On March 12, NCAA President Mark Emmert announced the Division I men’s and women’s basketball tournaments are canceled as well as all remaining winter and spring championships.

The Ohio Valley Conference made the announcement later in the day that all competitions and practices will be suspended indefinitely. Recruiting trips are canceled until April 3, when the ban will be reevaluated.

All Southeast cheerleading and dance competitions have been canceled for the foreseeable future.

The first major announcement came on March 11, when NCAA President Mark Emmert announced that all 63 games would be played with “only essential staff and limited family attendance.”

The NBA’s decision to suspend all games indefinitely preceded the cancellation of the NCAA Tournament. Two Utah Jazz players have tested positive for COVID-19. Center Rudy Gobert was confirmed first and then shooting guard Donovan Mitchell was confirmed shortly after.

Outside of basketball, many other sports and organizations are suspending or postponing operations.

The MLB has suspended spring training and will delay opening day by as much as two weeks.

The NHL season has been suspended indefinitely since many NBA and NHL teams share facilities.

On March 12, Major League Soccer postponed all matches for the next 30 days. In Europe, two Champions League matches were postponed after a Juventus player tested positive for the virus.

The most recent athletic staffer to test positive for COVID-19 is Arsenal manager Mikel Arteta.

The Miami Open, one of the largest tennis tournaments in the country, was canceled as the mayor of Miami, Francis Suarez, declared a suspension of all sporting events in the city.

The newly formed XFL canceled the rest of its 2020 season but plans to return in 2021.

Despite all the cancellations, Thomas Bach, the president of the International Olympic Committee, said the Olympic Games in Japan are still scheduled for late July as planned.