Each for Equal empowers women through conversation 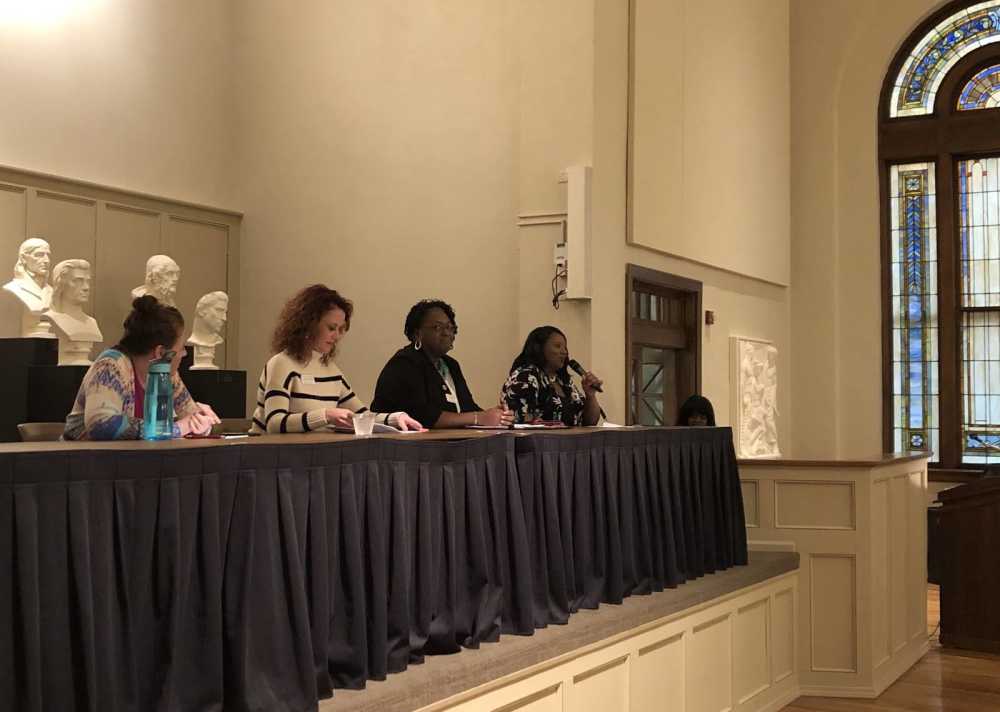 Women gathered to empower each other through panel discussion and conversation the day following International Women’s Day.

The Southeast Missouri Golden Z Club, in conjunction with the Zonta Club of Cape Girardeau, hosted the Each for Equal event Monday, March 9, at the Wehking Alumni Center.

The Golden Z Club is a philanthropy club at Southeast that empowers women through service and advocacy.

Golden Z Club President Sonya Webb said International Women's Day is a day women can come together and celebrate each other. International Women’s Day, which is a global celebration of the social, economic, cultural and political achievements of women, was celebrated on March 8.

The Zonta Club of Cape Girardeau is dedicated to advancing the status of women locally and worldwide through fundraisers and hands-on service projects, which have a direct impact on the lives of women in the Cape Girardeau area and in Haiti, according to capezonta.org.

The event allowed students the opportunity to network with a diverse group of leading women in the community, speak on issues of gender equality and ask questions regarding issues in the workplace.

Students were seated based on their majors and accompanied by community members who work in a similar career field.

Janet Ruopp, mentor of Golden Z Club and dentist at Ruopp Family Dentistry, said events like this are important because attention should be called to the fact that women still aren't on the same playing field as men, even in the United States.

“I think we've come a long way with women in the workforce, but there's obviously still conversations that need to be had and these kind of events give women a really good place to network and get to know each other,” member chair of Golden Z Club Anna Palmer said.