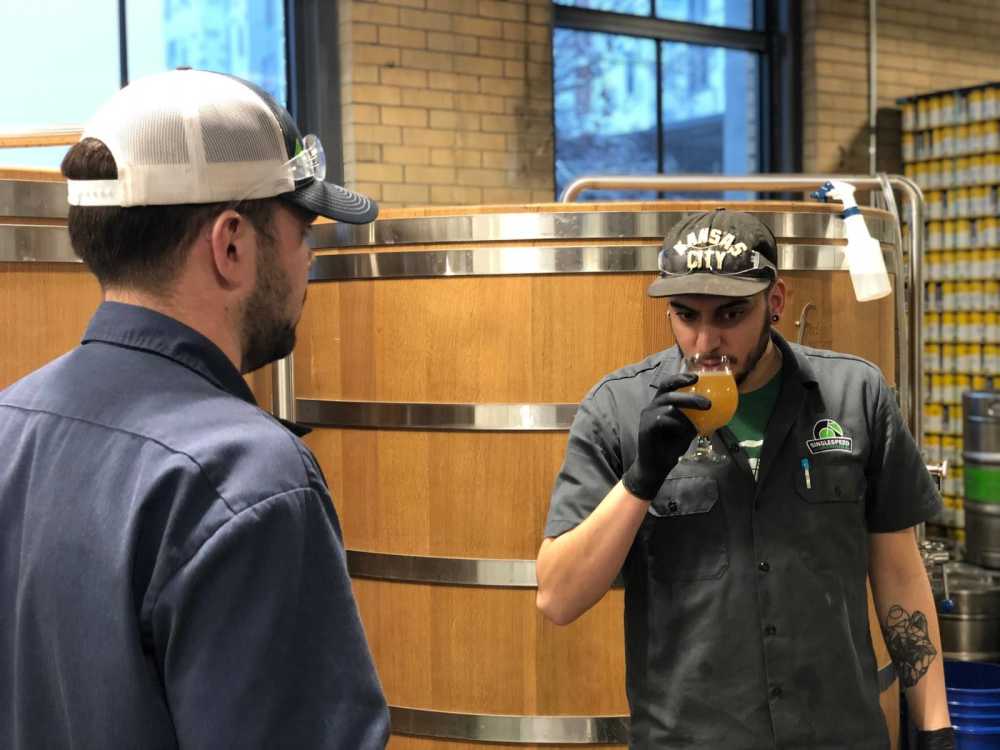 Alumnus Jaime Zarate Sada, like many college students, enjoyed beer. But it went past enjoyment when he started researching the science behind making beer and he found his passion.

After graduating in 2018, microbiology major Sada said lectures at Southeast did not cover how to make beer, so he had to do his own research online.

His first time home brewing was his junior year in college — using a homebrew kit he was gifted from his now in-laws.

“It was really bad, like awful, but it was cool that I got to make beer,” Sada said.

Originally from Mexico, Sada spent his childhood years in Iowa. He then returned in November to work as a laboratory technician and assistant brewer at Single Speed Brewing in Waterloo, Iowa.

“I'm learning what it's like to work at a brewery that distributes throughout the state and making bigger batches of beer,” Sada said. “I'm really enjoying having a hand in that.”

Sada said he assists in brewing and monitors the fermentation of all the beer that is produced.

Prior to landing his job in Waterloo, Sada worked at local craft brewery Ebb and Flow Fermentations following graduation for about a year as an assistant craft brewer.

“I was finally able to apply some of the lab stuff that I had read about it,” Sada said. “I was able to physically do it while at Ebb and Flow.”

There he was able to focus on the different microorganisms and make a beer with them, he said.

Sada said starting at Ebb and Flow was a lot of luck and perfect timing as he was graduating and on the job hunt.

He said people may assume brewers hang out and drink all day, but the work is mentally and physically challenging.

His main goal is to keep learning how to become a better brewer and to dive deeper into making better beer.

“[Jaime] didn't like to take the easy way out of things, even though it's a pretty high-stress job,” said Brandon Simmons, general manager and head brewer at Ebb and Flow Fermentations. “Nobody that doesn't love what they're doing and accomplishing in that industry is going to survive in it, and I never had any doubt I knew that he would do well in it even being more green than I was.”

Sada said he is really into mix fermentation style beer, which means when fermenting, regular brewing yeast is not used.

He said he learned a lot from Simmons in his early years at Ebb and Flow, even before he was legally allowed to drink.

“It was difficult when he went to the brewery in Iowa, but at the same time, I know that our paths are gonna cross again in the industry,” Simmons said.