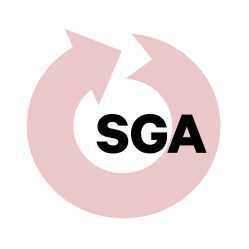 Next year’s executive board members for Student Government Association and Student Activities Council were announced on Facebook Live on Thursday, April 2.

Both Phillips and Noe will serve their first term as members of the SGA executive board. For Martin, this will be her second as vice president after she was appointed last fall after the previous vice president stepped down.

“I’m really thankful for all the support and how SEMO is reacting to everything,” Noe said. “I'm extremely excited to work with Annie and Logan and work toward making a better change for SEMO in the future.”

Ockel serves as SAC’s special events coordinator, and Carpenter serves as the current Parliamentarian and senator for SGA.

“I'm beyond excited to be able to do this,” Ockel said. “I think it's gonna be really, really beneficial for not only the organization but also just the university as a whole.”

Ockel said the new executive board for SAC will hold interviews for their programming board in the upcoming week.

A full list of elected senators for the 2020-2021 school year will be sent to students through email and will be posted on social media at a later date.

Both executive boards will take office at the start of the fall semester on August 24.