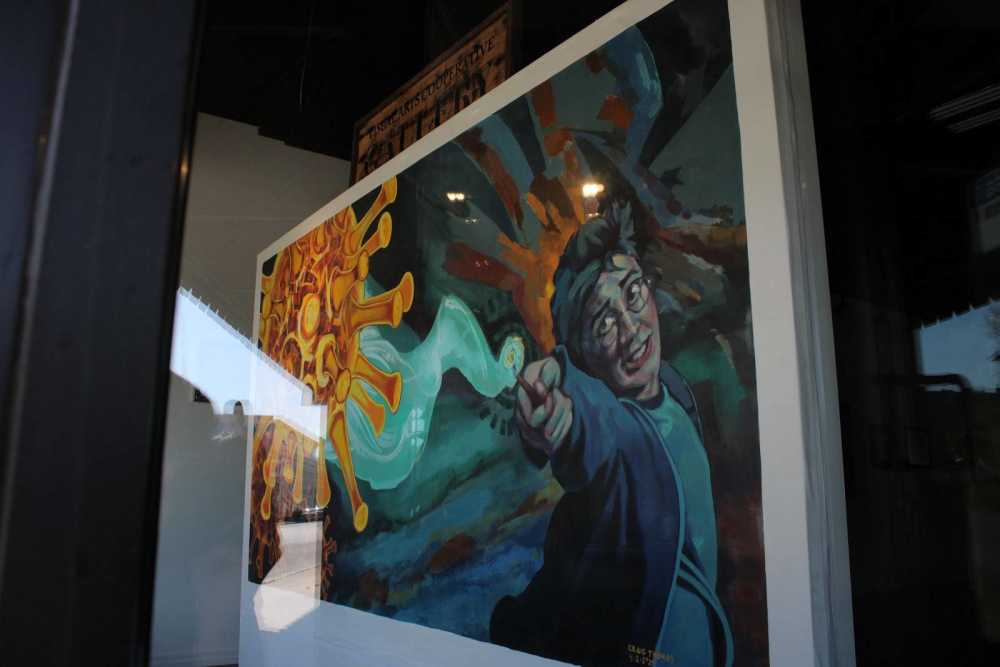 Southeast alumnus Craig Thomas, a local artist, is using art as a response to COVID-19.

In the time span of a week, Thomas painted a 10-foot canvas of Harry Potter fighting off the coronavirus.

His inspiration behind the painting came from his family’s love for the film series and the image the protagonist displays.

“I think Harry Potter kind of stands for working together and that you can’t do it all by yourself,” Thomas said of J.K. Rowling’s fictional wizard. “Even though it's just him in the image, I think he portrays this feeling of togetherness which helps now that we're feeling more alienated.”

Similar to the country’s reaction to the terrorist attacks of Sept. 11, 2001, Thomas said he believes that a lot of artists will react through their art during this pandemic — something he has already done.

“The first thing I did was I went over what people were saying, phrases like, ‘not alone’ and, and ‘in this together’ and such things like this. I wanted it to be something positive to give hope,” Thomas said. “I didn't want to get something too heavy you know, so I think Harry Potter attacking the virus is kind of whimsy and humorous but still serious in its own way.”

The painting is acrylic made on a wide canvas sold to him from a university professor.

He first sketched the image on his computer, then sketched it onto the canvas, painted it and then set it up at the Arts Council Jean Chapman Gallery-Artist Cooperative.

The gallery usually sets up two artists on the wall that faces the street, but the wall was left available after two artist canceled.

As Thomas’ own events had been canceled or postponed, it was an easy decision for him to paint one large piece of artwork to display.

The artwork is on display at 16 N. Spanish St. and is visible from the street, as the gallery is temporarily closed.

The painting will be on display throughout the month of April.