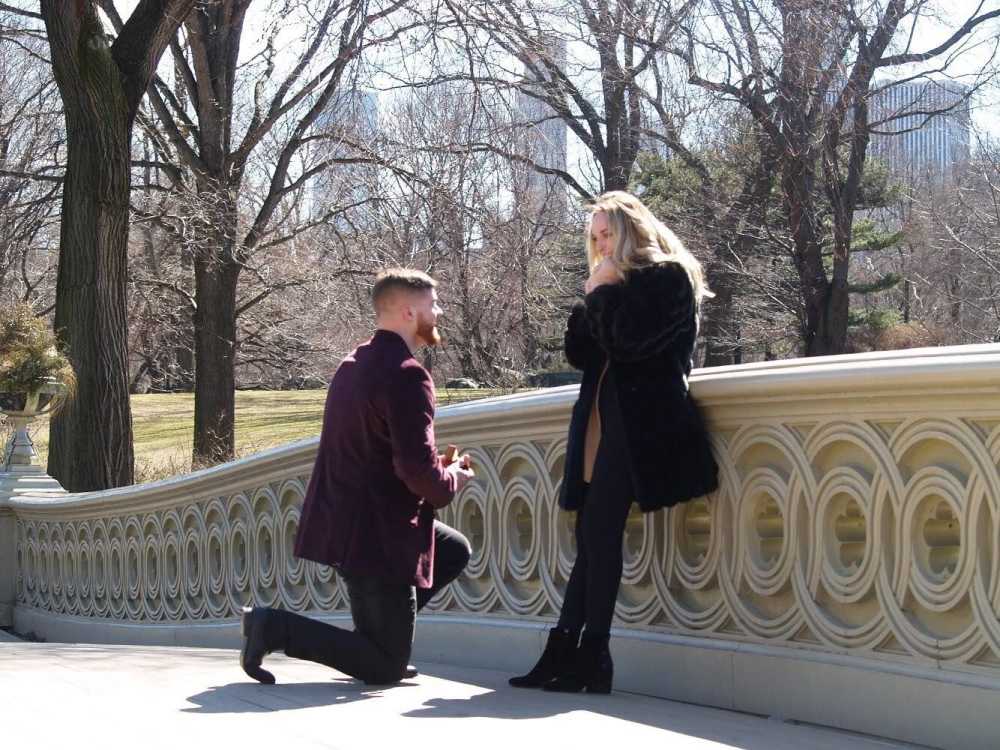 Brides across the world are postponing their big day after months of planning as the COVID-19 crisis continues to cause restrictions.

Gov. Mike Parson announced March 30 an extension to the state’s social distancing guidelines past the April 3 deadline, which states "every person in the State of Missouri shall avoid social gatherings of more than 10 people.”

Many businesses including those in the wedding industry closed their doors to practice social distancing prior to the announcement of a stay-at-home order for Missouri on Friday, April 3.

Southeast alumna Katie Smith had to postpone her March 20 wedding to a later date in November.

“We still ended up having to get married at a park with 10 people,” Smith said.

The couple spent the intended wedding day with family members and the wedding party at a park for 20 minutes or less, she said.

“There were so many tears from that day because I spent two years planning this wedding and then all of a sudden everything that we're planning went down the drain,” Smith said.

“The thing that I'm most sad about is that a lot of my friends and family that were coming from out of state, I don't know if they'll be able to come to this now that we've changed the date on everybody and with all the madness,” Webb said of her May 9 wedding.

She postponed the special occasion to a later date in August, which still raised concerns as she said she doesn’t know if things will be better by then.

“It was really hard to find another [venue] that was in my budget that also had a weekend open at the same time as my photographer,” she said.

Webb said she called about 20 different venues to ask for schedules and prices.

In general, the wedding season extends from late spring through early fall, peaking in June and September, according to brides.com, which is a part of the Dotdash publishing family.

“It has slowed down everyday traffic because we did go to appointments only,” she said.

Albright said clients have been understanding and appreciative over the phone as she cancels appointments for the next two to four weeks.

She said clients have been happy and shocked the store remained open for this long.

Albright said the bridal company has also seen a drop in prom dress sales as all dances have been pushed back, but has not had any issues with her designers in regards to shipping and remaining on schedule.

Midori White, senior health communications major, postponed her May wedding day due to the coronavirus crisis but said she plans to host an intimate ceremony on the original date then have a bigger celebration at a later time.

“I’ve been thinking about my wedding plans for a long time, over a year, and I had this day in my head and this huge expectation of how it’s going to be a magical day,” White said.

She said it was hard for her to wrap her head around having two celebrations.

“The first one will be the real wedding, but then the second one I was going to reenact, kind of like a vow renewal,” White said.

She said plans are still up in the air as she doesn’t know when restrictions will be lifted.

Albright said marriage is one of the biggest moments someone will ever have.

“If I can help that moment, kind of help push it through, and do what I can do as an owner, as a consultant, and as a friend, as you name it, I think that's what my job is to do,” she said. “I'm here to help them as much as I can.”

Samantha Severs, senior agriculture communications major, is among the brides who were forced to reschedule events.

She had a cake tasting planned at a bakery in Illinois with her long-distance fiancé weeks in advance which was canceled by state order.

Illinois Gov. J.B. Pritzker announced March 20 the state would issue a shelter in place order starting on March 21 and running through April 7.

“The hardest part is the fact that for us, we only have so much time to do this together and that was one of the few things that I really wanted us to do together was go to our cake tasting and pick out our wedding cake,” Severs said.

She said it’s the weirdest feeling in the world because they are so excited to get married.

The current outbreak of COVID-19 may have changed their plans, but the couples are certain they’ll share “I Do’s.”