Arrow recognized at MCMA with 18 awards 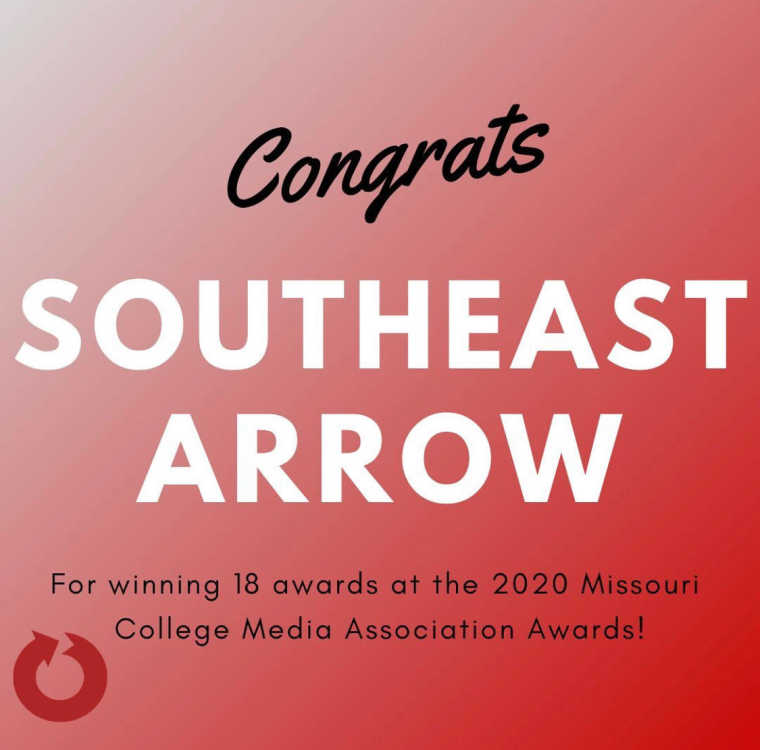 The awards were announced through MCMA’s Facebook Live on April 7. These awards are typically given during the MCMA annual conference, which was scheduled for April 3 and 4 in Cape Girardeau, but the conference was cancelled due to the COVID-19 pandemic.

“We won more design awards this year than we have in the past — we won some photography awards that we have never won in the past,” Arrow faculty adviser and professor of Mass Media Tamara Zellars Buck said. “At the same time, we were successful in areas that we have a proven track record of success. We had a broader field of wins that reflects the fact that our students are specializing in new areas and they’re also continuing to perform well in some of the old categories.”

The Arrow’s special section, Budget Breakdown, won two first place awards for its coverage of Southeast’s budget and the plans officials have to reroute it; one for investigative reporting and the other for special section.

“Our Budget Breakdown special report was such a huge collaborative effort and I’m super proud we were able to get recognized for that,” Zach Tate, Arrow Editor-in-Chief and MCMA president, said.

Awards are given based on content produced from 2019 as a whole, recognizing the best collegiate staffs and student reporters in Missouri. **

“Whenever we have success, it demonstrates continuity in our programming and in our production,” Buck said. “Our students can’t just be good once, they have to regularly produce good content — that takes effort and that takes patience and it takes pride.”

A full list of the awards won by the Arrow is available below.