Food pantries are more important now than ever 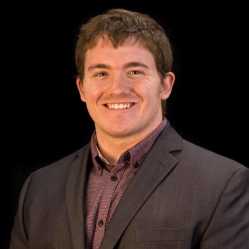 In the past few months, the world has been ravaged by COVID-19. It has made the front page

of every newspaper in the world.

But another national crisis continues unrecognized, especially by those it does not directly affect. Food insecurity, now more than ever, plagues the United States. Being food insecure means that an individual or household is not able to afford a sufficient amount of nutritious food a majority of the time.

The COVID-19 pandemic has put people out of work and is causing people to have trouble affording their own food. This does not affect just adults. Many children across the United States get their meals from school, and since most schools are shut down, students cannot count on those essential meals. And the problem will only get more severe as the COVID-19 pandemic persists.

These problems highlight our need for food pantries. Food pantries have been incredibly

important in the past during spikes of food insecurity. Some of the main examples of food insecurity spikes in America have come at three separate times. First, in 2002 when the stock market crashed. Then, once again, in 2005 after Hurricane Katrina. And lastly during the financial crisis.

While it still may be too early to tell for sure, we are possible in the middle of one of the worst food insecurity spikes in history. We can only speculate at this point, but the mix of people being out of work and many food pantries stating that they are getting far fewer donations than they are used to getting can cause high food insecurity spikes. While many food pantries are staying open during this pandemic, more people than ever may need to use them soon.

So, while the need for food pantries has possibly never been higher, part of their supply has almost completely stopped. People have started panic-buying at grocery stores and are now rarely bringing in their own donations. A lot of this could stem from either the fear of contracting the virus or the fear of running out of resources themselves.

That fear, along with many Americans being out of work, has brought to light the

importance of solving this national crisis. While it is now more obvious than it was in the past,

food insecurity has been a lasting problem in the United States for far longer than most people realize.

According to the United States Department of Agriculture, 11.1% of households were food insecure in 2018. As a nation, we have not made enough progress in solving this problem.

Because of this, we do not have a solid backup plan for when unforeseen things wreak havoc on our everyday lives. Food pantries help slow this problem.

While food pantries are mainly filled by food banks, they also take donations in the form

of both money and physical donations such as canned goods or toiletries.

There are people at the forefront of this fight to fill the pantries, though. Amazon CEO Jeff Bezos donated $100 million to food banks in America to help them during the COVID-19 pandemic. That money will go toward filling food pantries around the United States so they can distribute donated items to people struggling with food insecurity.

While Jeff Bezos may be leading this fight on food insecurity, that doesn’t mean others shouldn’t help. Any bit of money or donated goods to food pantries go toward helping people fighting food insecurity.