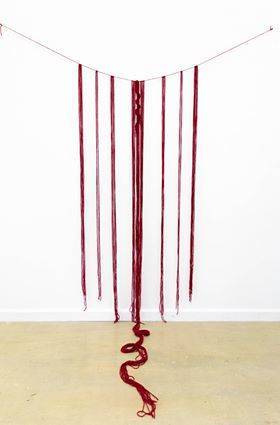 Without the ability to collaborate as a team in-person, groups and organizations all over have had to utilize new avenues of communication and creation.

These new avenues are utilized by Southeast students who are unable to benefit from the availability of studio and rehearsal spaces on campus.

Senior sculpture major Maria Esswein is in the process of organizing collaborative art galleries in an online format.

Esswein is in charge of a curated exhibition titled, “She Is,” which was originally scheduled to be held at Catapult Creative House on April 20. The gallery is named for female artists who will submit work for the exhibition.

“It celebrates all female-identifying artists, regardless of age, background or whatever their experiences are as women,” Esswein said.

The gallery will have pieces submitted by 17 different artists. Some participating artists are local to the Cape Girardeau area, while other art has been submitted by from artists the United Kingdom and Brazil.

Esswein is also collaborating on an exhibition with a nomadic exhibition group called 26Twenty Gallery and PSA: Saint Louis, a public art site.

“The goal is to take a quote from an artist’s book and make it into artwork,” Esswein said of the collaborative project.

Battista has organized what he calls a radio theatre group, which consists of 30 Southeast students and performs plays via podcast. The plays will be executed remotely through the rest of the stay at home order period.

The radio theatre group has chosen Shakespeare’s “A Midsummer Night’s Dream,” for its first performance. Battista has taken the role of director and is charged with the responsibility of casting the other students and organizing virtual rehearsals.

Eight performers are cast for the first production, however other roles will be cast based on availability. The theatre group is projected to rehearse at least nine hours each week.

“Right now, we’re planning to have rehearsals in Zoom and then record one big session to deliver like a podcast,” Battista said.

The senior acting major spoke about the impact that artists are having on people in quarantine.

“If you’re on Netflix for hours of the day, you can see just one reason artists are needed,” Battista said.

The recorded session of “A Midsummer Night’s Dream” will be available on May 8.