A path like no other, Southeast Missouri native is out of this world 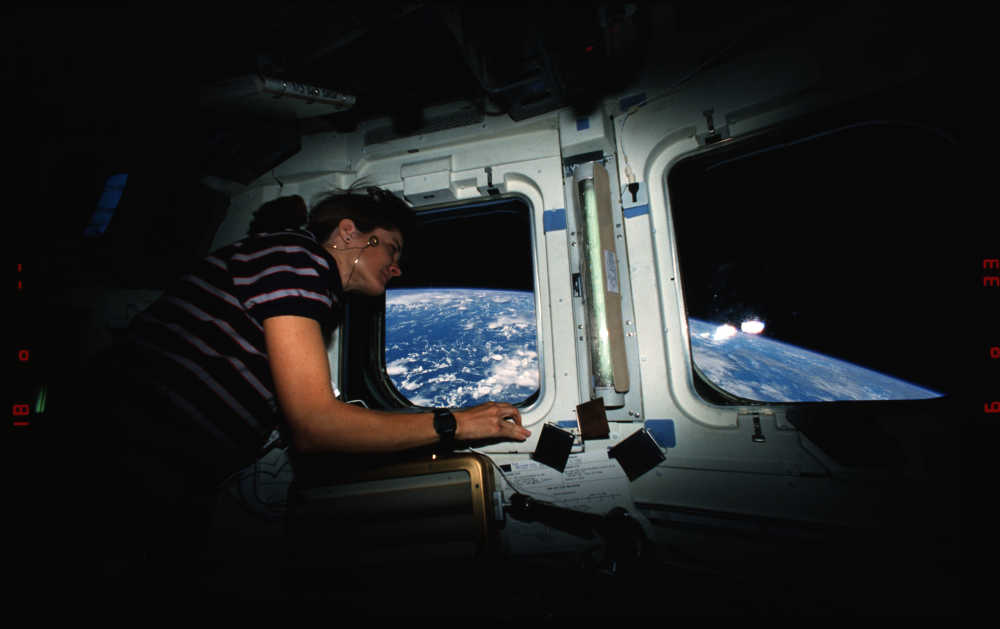 Linda Godwin looks through window on flight deck while on space flight STS-37, the eighth flight of the Space Shuttle Atlantis.
Photo from NASA

Everyone has a path, and for Southeast alumna Linda Godwin, that path was to the stars.

Godwin is a retired astronaut who grew up in Southeast Missouri and has traveled to outer space for the National Aeronautics and Space Administration (NASA).

Godwin grew up in Cape Girardeau and attended Jackson High School until she attended and graduated from Southeast in 1974, with a bachelor’s degree in mathematics and physics. She continued her education at the University of Missouri to get a master’s degree in 1976, and a doctorate in 1980, both in physics.

Godwin credits her high school math and science teachers for always encouraging herself and other young women, including her twin sister, Judy. 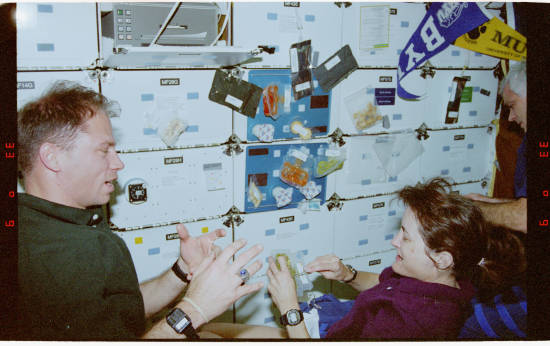 “[Women in science] was a minority and I just got used to that all the way through,” Godwin said. “Honestly, I was kind of used to not having a lot of women in these things, so I didn't really think about it very much.”

NASA had selected Sally Ride as their first female astronaut in 1978, and she became the first American woman in space in 1983.

Before Ride, Godwin said she never thought she would have the chance to become an astronaut.

“By the time I was in grad school, they started hiring in the shuttle program and for the first time, including opportunities for women to apply,” Godwin said. “So that kind of became my focus, and I worked toward that. About the time I was finishing my Ph.D., I had two offers — not to be an astronaut at NASA, but they offered me a job at the Johnson Space Center.”

Godwin worked in NASA’s Payload Operations Division as the Mission Operations Directorate until she was selected to become a candidate for the space program in 1985.

She graduated with the official title of astronaut in 1986, something she never thought about doing from a young age.

Godwin said the thought for her about being an astronaut never crossed her mind until NASA began hiring women. However, she was interested in working as a scientist for them.

“There's a lot to be said, for seeing people who look like you, doing things, and I always liked NASA, so I definitely was interested in working for them,” Godwin said. “But the focus of ‘could I actually be an astronaut’ didn't come until they finally started hiring women for [the astronaut program], but I was interested in just working for them— as a scientist or something like that.”

According to her biographical data on NASA’s website, Godwin is the veteran of four space flights and has logged more than 38 days in space, including over ten extravehicular hours during two spacewalks. 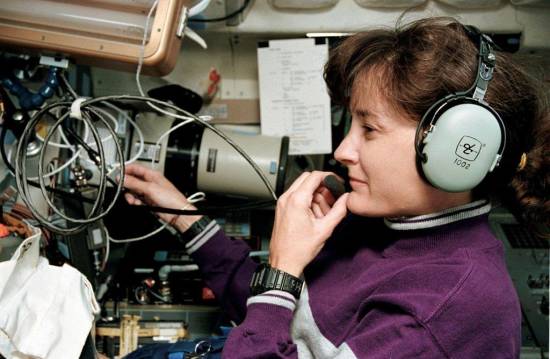 Linda Godwin as she uses Shuttle Amateur Radio Experiment, a radio that communicated with other amateur radios on Earth on space flight STS-59.
Photo from NASA

Her first mission in space was in 1991 aboard the Atlantis Space Shuttle to deploy the Gamma Ray Observatory to study gamma rays in the universe.

During her final trip to space, she flew on the STS-108 Endeavor to the International Space Station to deliver one crew and return the other to Earth.

Between her missions into space, she married fellow astronaut Steve Nagel and had two daughters.

She also worked at the Johnson Space Center in Florida under many different titles, including Chief of Astronaut Appearances, Chief of Mission Development, Chief of the Astronaut Office and many more.

She became the fourth woman ever to walk in space during the 1996 mission, and in 2019, the first all-women spacewalk was conducted. This was the 221st spacewalk completed by NASA, with astronauts Jessica Meir and Christina Koch becoming the 14th and 15th women to walk in space.

“To have the first [all-women spacewalk] was a long time coming, and the good thing is now it's happened,” Godwin said. “And when those two same women did more together — before one of them recently returned from the space station — that wasn't big news, which was kind of the way it should be, you know, because it needs to be something you just accept.”

Godwin returned to the University of Missouri in 2011, where she works as an adjunct professor in the Department of Physics and Astronomy.

She also has been honored at Southeast with the Alumni Merit Award in 1990 and shortly after in 1991 the Center for Science and Mathematics was dedicated in her name.

The center closed in 2010. When active, it’s purpose was to improve math and science education throughout the state for students elementary through high school level. 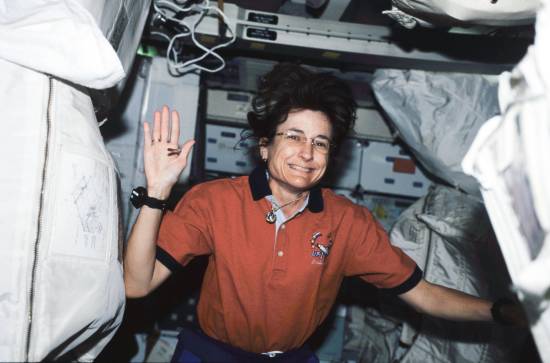 Linda Godwin waves while she transfers stowage goods from Endeavour to the International Space Station.
Photo from NASA

Godwin said she wants women to feel empowered, no matter what path they take.

“I think women need to understand they are as capable [as men],” Godwin said. “There are so many things that women can choose to do, but just feel free to make that choice.”