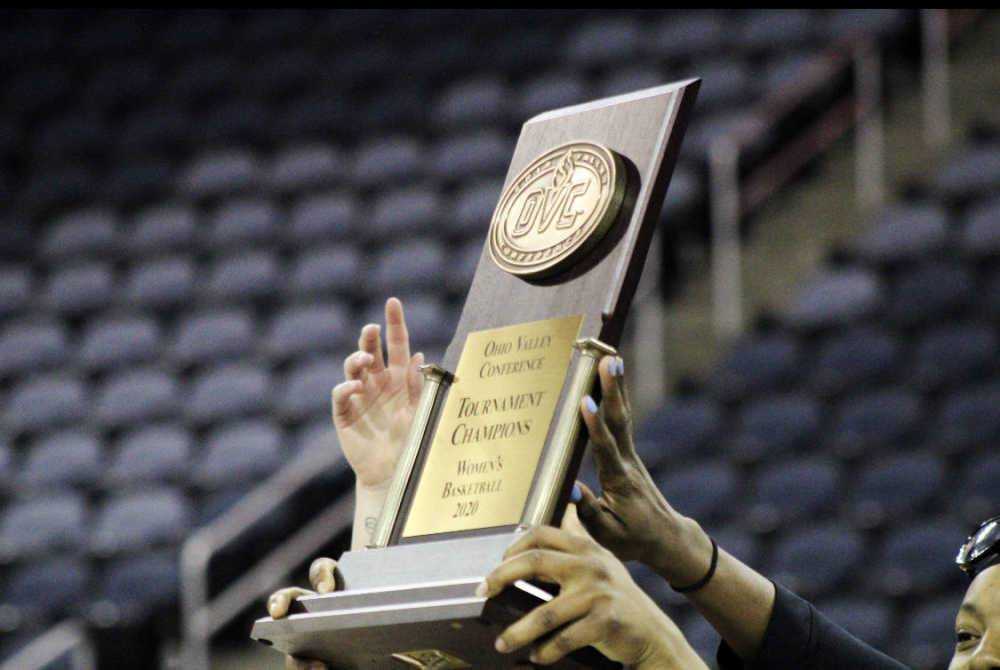 As with many things in the sporting world, the Redhawks’ bid for the 2019-2020 Ohio Valley Conference Commissioner’s Cup is delayed for another year.

On March 31, OVC athletic directors elected not to award the Commissioner’s Cup and Female and Male Athletes of the Year, citing the fact that only 10 of 19 sports concluded their seasons due to COVID-19 cancellations. Southeast has not won the award since joining the OVC.

When the OVC canceled the rest of the season on March 12, softball was 12-5, baseball was 9-8, tennis was 4-6 and men’s and women’s indoor track were yet to start their seasons.

According to the OVC website, “the Commissioner’s Cup is the symbol of overall athletic excellence in Conference-sponsored championships.”

The scoring system is as follows: first place is awarded 12 points, second place receives 11 points and so on. Championship winners are awarded one extra point. Each school has four major sports that must be counted along with its eight next highest finishes. Murray State won the award in 2018-2019 with 128 points.

Southeast Director of Athletics Brady Barke said he voted to award the trophies.

“I felt like we had a lot of teams and student-athletes who had an opportunity to compete and complete their seasons, and I would’ve liked to see those teams and athletes at least be recognized,” Barke said.

Based on the history of the award, Barke said the team leading after winter sports wins about 50% of the time.

“People felt like the criteria wasn’t complete and it wasn’t fair to award to an institution at the time,” Barke explained.

According to the Southeast athletics strategic plan, which was developed two years ago, one of the main goals of the program is to win the Commissioner’s Cup by 2023.

“We felt that to increase the profile of the institution through athletics that competitive success was important,” Barke said. “We had a good chance to accomplish that this year and unfortunately it ended short.”

Outside of competition, other goals on the strategic plan include academic excellence and revenue and facility improvement. The Redhawks led the OVC in students on the commissioner’s honor roll this year and recently added videoboards to the Softball Complex and Houck Stadium.

“If we look back in five years and see that we accomplished a majority of those things, then we would be able to say we are a premier institution in the OVC,” Barke said.

After the news broke the cup would not be awarded, Barke said a couple of student-athletes reached out to him and said, they “hated that we didn’t get a chance to claim that this year.”

“Our hope is that our student-athletes still have the opportunity to appreciate and be recognized for what they accomplished,” Barke said. “Not having the Commissioner’s Cup doesn’t take away from that.”

Southeast athletics are still set to return in the fall and start a new journey toward the elusive Commissioner’s Cup.