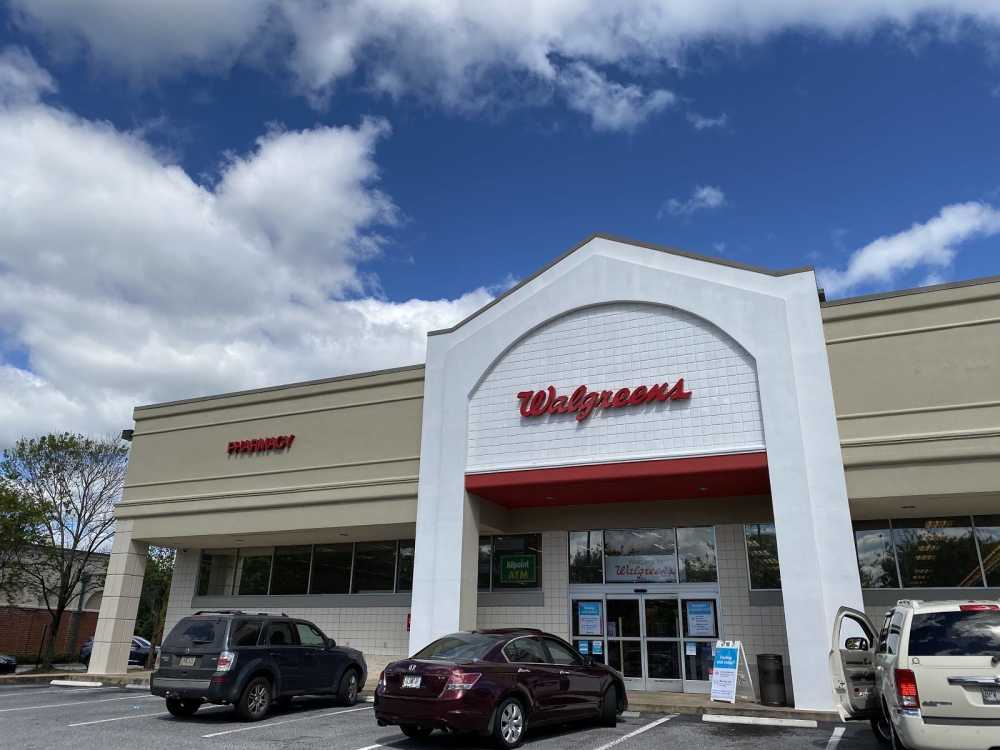 Many college students continue to work at businesses like Walgreens during the COVID-19 pandemic.
Photo by Emma Goodrick

Many Southeast students are trying to balance their schoolwork while also working on the frontlines of the COVID-19 pandemic at stores that are considered essential businesses.

The City of Cape Girardeau website defines an essential business as “certain critical infrastructure industries [that] have a special responsibility to continue operations during these unprecedented times.” Some examples are Walmart, Aldi, Walgreens, CVS and other stores that sell groceries and medicine, all of which are common employers of college students.

Southeast student Savannah Curl works at ALDI grocery store in Cape Girardeau during this time and said she feels overwhelmed and scared.

“Taking extra precautions and stuff, it’s all I feel like I can do,” Curl said. “I started wearing a mask and gloves, mostly as a reminder to not touch my face.”

Southeast student Sage Chiles works as a pharmacy technician at a Walgreens in Ellisville, Missouri. They said working during the pandemic has been stressful.

“As a biology student, it’s very frustrating to see people not understanding or just blatantly ignoring science,” Chiles said. “Every 15 minutes at my store, I see someone wearing gloves, but then touching their phone, wallet, keys or even taking them off during the transaction.”

Southeast student Alicia Stull worked as a Starbucks employee at the Cape Girardeau Target but said she was re-trained to work on the store floor once Starbucks closed.

“It was very stressful to be thrown into a new position, and it’s shocking to see how people act outside of our area,” Stull said. “People coughed on me — like, actually coughed on me.”

Stull said after that incident, she felt she needed to take more precautions, so now she wears a mask and gloves while at work.

“I am a hypochondriac, so I was very stressed after that happened, and then I ended up being sick a few weeks later and I just thought ‘Oh, is this coronavirus?’ but it turned out I just had a sinus infection,” Stull said.

Stull said when she was sick she was sent into quarantine out of concern she had contracted the virus.

“It was really hard whenever I was super sick because I actually had an allergic reaction to my medicine, and then I had to be off work for another week because I had all the symptoms of coronavirus and we didn’t know what was going on,” Stull said.

Stull said before she got sick, her hours were cut down to five hours a week from her usual 20-30 work schedule after the World Health Organization announced the COVID-19 pandemic. However, she said her hours increased again after she returned to work.

Stull said by keeping low numbers of customers allowed in the store, there hasn’t been as much work to be done, so Target added new jobs.

“Now we have a cart cleaner and we have someone who walks around with a sanitizing clart and they will clean our computers every 30 minutes,” Stull said.

Curl said she typically works weekends, but she has been taking on more hours since she returned from spring break.

“For the first couple of weeks back after spring break, my hours were raised a little, but I didn’t mind it because we didn’t have class that first week back,” Curl said. “This week I only had about 15, but then next week I have about 25.”

Chiles has been trying to stay on top of their classes but says their increased hours take up a lot of time.

“In previous breaks from school, I usually worked about 30 hours a week and didn’t have anything else going on,” Chiles said. “Right now, I’m working 35 to 40 hours a week and also taking 15 credit hours of classes.”

Chiles said they have little free time outside of work or school.

“I’m basically doing school stuff whenever I’m not at work or sleeping,” Chiles said. “Most of my struggle is coming from just not being in a physical classroom, my focus is alright in class, but horrible on my own.”

“I basically have a little goblin in my head constantly trying to get us to watch YouTube instead of doing homework, and I have to remind myself that I’ll enjoy my personal time more once I know I have my other responsibilities taken care of,” Chiles said.

Curl said she typically works closing shifts on the weekends with occasional shifts during the week and spends most days working on her school work.

“I work on homework basically all day and focus on that, and that helps to balance. I have five classes right now so I’m trying to balance doing that and then also going to my online class,” Curl said.

Stull said between her work and her sickness, her professors have been very accommodating.

“I ended up having to work during one of my classes every week, and I emailed my professor and they were very accepting of it, and they let me do my work when I need to,” Stull said.

Stull said her relationship with her professors has helped her manage her workload.

“I’m in the music department and that’s where all my classes are, and I’ve had these teachers for three years now. They know who I am and they know how stressed I can get so that’s been really helpful,” Stull said

Chiles and Stull said they have benefitted from keeping a regular schedule.

“I’ve been pretty good about going to bed and waking up at a consistent time. My whole day gets thrown off when I wake up really late,” Chiles said.

Stull said she tries to keep a similar schedule to her schedule for a normal school week.

“I’ll do my homework when I normally do it and it’s helped to keep me sane,” Stull said. “I think we just need a bit of normalcy in the chaos.”