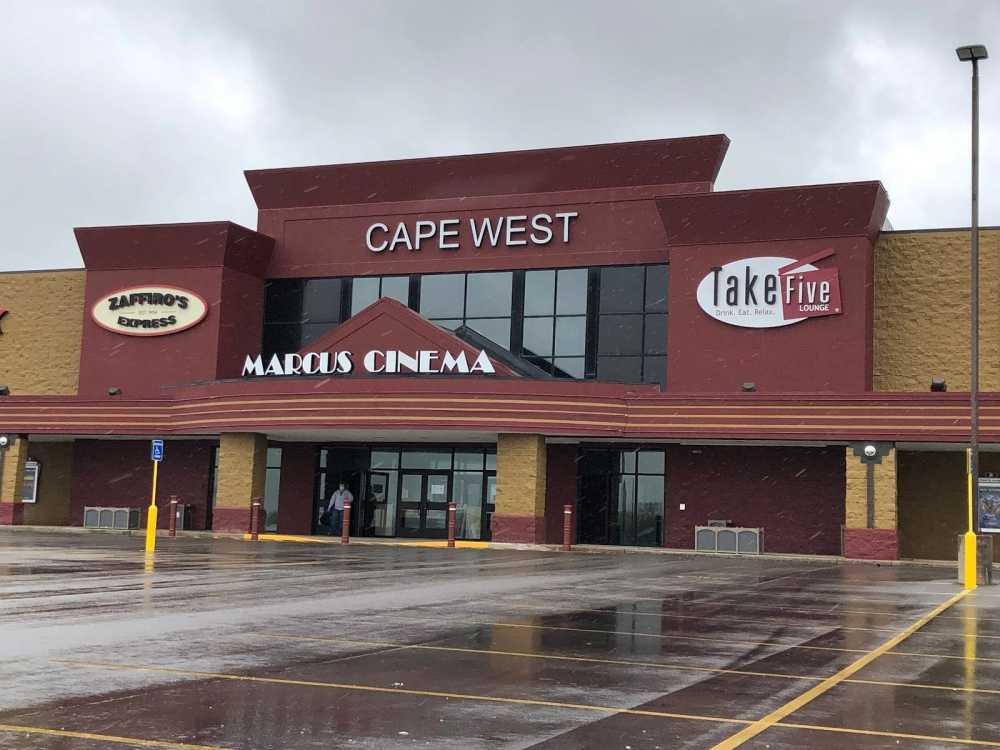 Americans have turned to the entertainment industry for comfort in times of national crisis, however, in the midst of the COVID-19 pandemic, the virus has taken its toll on the film industry.

Following the implementation of new social distancing protocols, the industry is facing delayed theatrical releases, film production and closures of major festivals such as South by Southwest and the Tribeca Film Festival.

According to The Wrap, some production companies have elected to delay the release of major films, such as “No Time to Die,” “Black Widow” and “F9”. Other companies have chosen to instead release films directly to video-on-demand services. Some of these films include “The Invisible Man” and “Emma.”

According to Comscore, there was a 29.8% increase in monthly video-on-demand purchases in March 2020 in comparison to March 2019. Comscore also found there was a significant increase in hours consumers’ spent using streaming services.

“Streaming services are probably benefitting from this because nobody has anything else to do but sit there and watch something,” Jones said.

Typically, production companies will wait 3 to 6 months before making a film available for digital purchase and even longer before releasing it to DVD or streaming services.

However, with everyone staying home, many companies have been releasing their films early.

Disney’s “Frozen 2” was expected to be released on Disney+ in June of 2020, however, the company decided to add it to their streaming service on March 17 to give families some new entertainment while they stay home. 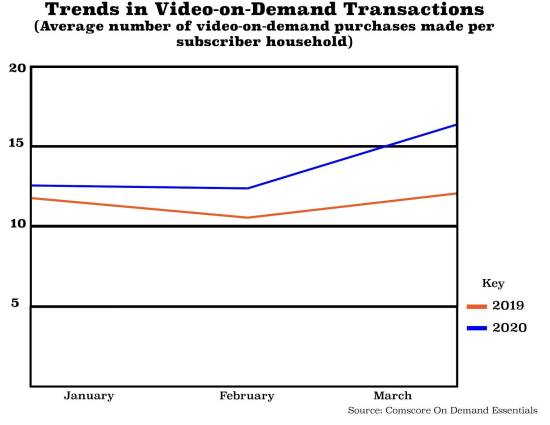 In a similar fashion, Disney PIXAR’s newest film “Onward” had its box office debut on March 6, but due to movie theater closures, the film was released on Disney+ on April 3.

Jones said the COVID-19 pandemic would be a hard hit for theaters but hopes that it will encourage people to go out to the movies after they re-open.

“People are getting such bad cabin fever that they just want to be out in the world again,” Jones said. “So hopefully it will energize theaters because people just want that social aspect of it. I hope that’s the way that it goes.”

Dillon said the theater has generated revenue through curbside popcorn pickup, which has been available at select Marcus Theater locations since early April. He said popcorn, cotton candy and select candies are available for purchase.

“People had been asking for our popcorn, so it was just something we could do for our guests,” Dillon said.

The service is available on weekends, and Dillon said they take orders online, via phone or on their mobile app. Customers pull up to the theater and an attendant will bring the popcorn out to their car to minimize physical interactions between employees and customers.

For many filmmakers, Jones said the loss of movie theaters is a blow to the experience of watching movies.

“Most filmmakers view seeing it on a big screen as part of the magic of watching a movie,” Jones said.

Festivals such as SXSW, Tribeca and Cannes provide a venue for many independent movies to gain the traction they need to be successful. However, most film festivals take place in the spring and fall, meaning many spring film festivals have been canceled due to the pandemic.

Many independent filmmakers rely on these festivals to find distribution companies in order to get the movies into theaters, but without the festivals or movie theaters open, a lot of indie movies won’t find the buzz they need.

“With so many major films waiting to be released, a lot of indies are probably going to get lost in the shuffle,” Jones said.

Because the film industry has almost come to a standstill, Jones said it will likely be in a “dead zone” until production can resume, which also means a smaller pool of nominees for the next awards season.

“I think we’ll see a lot of the bigger films take most of the awards, the smaller films might get noticed, but it’s hard to tell,” Jones said.