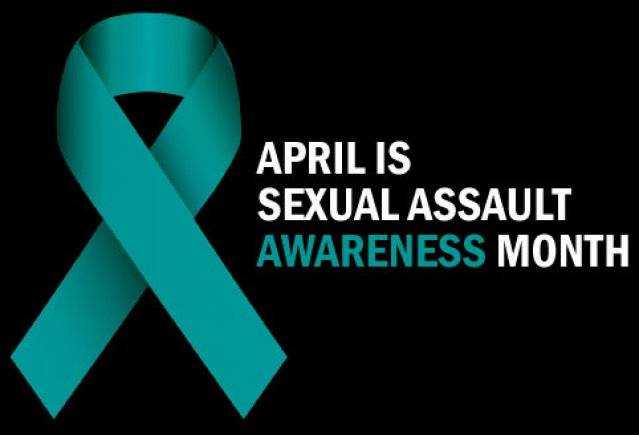 Image via Employee and Family Resources

The Campus Violence Protection Program has been participating in a social media campaign using the hashtag #30daysofSAAM, which was started by the National Sexual Violence Resource Center.

The 30daysofSAAM hashtag (the SAAM stands for Sexual Assault Awareness Month) encourages organizations across the country to post every day on social media to raise awareness about issues related to sexual violence.

The Campus Violence Protection Program has made instructive posts, including one about the stigma surrounding sexual violence that prevents discussion. This post encouraged people to be open and talk about their experiences with sexual assault by explaining that talking about your experiences further educates people and prevents future problems.

The CVP has also made interactive posts on Twitter and Instagram, including instructions to crafts meant to raise awareness. One of the crafts the CVP posted about was a safety jar craft where students could put a written message about Sexual Assault Awareness Month and a candle into a jar to help them remember the month and what it means to them.

Donna St. Sauver, coordinator of the Campus Violence Protection Program, said now may be a more important time than ever to raise awareness about sexual violence.

Many people are trapped at home during this quarantine and for some that means being trapped in an abusive relationship. Leaving the house and finding somewhere else to live means a victim putting themselves and others in danger due to COVID-19, so it is difficult to escape bad circumstances.

“We have to understand that people are going home to bad situations — this is the reality for some,“ St. Sauver said. “Reports of domestic violence have increased since quarantine started, not just in Missouri or the United States, but worldwide.”

In addition to reports of violence increasing, due to the COVID-19 pandemic there is also a shortage of sexual assault nurse examiners, known as SANEs, to conduct exams on victims. TeleSAFE is a program that can bring a SANE over video conference to a victim to conduct an exam, but not all communities are using this program yet.

St. Sauver said Counseling and Disability Services has been using video conferences to meet with clients during quarantine, which she said are going well. However, she said since video conferences don’t work for everyone, the CVP has helped connect students with resources in their area.

“I think both students and counselors are missing the physical support,” St. Sauver said.

Iota Chi is another organization on campus trying to raise awareness about sexual violence.

Iota Chi is a Greek organization whose main purpose is to try to raise awareness of sexual assault. Southeasts chapter of Iota Chi has made it their goal to eventually eliminate all forms of sexual violence on Southeast’s campus.

During April, Iota Chi has been posting facts on their social media pages about sexual violence, as well as resources students can use for help.

President of Iota Chi Spencer Mitten said with most students being back at home with their families and stuck in quarantine, it eliminates some potential situations in which students may experience sexual violence, such as parties.

To learn more about what resources are available to Southeast students, Counseling and Disability Services can be reached through phone at (573) 986-6191, or through email at ucs@semo.edu. ***