Carlos Vargas: why soccer is beautiful 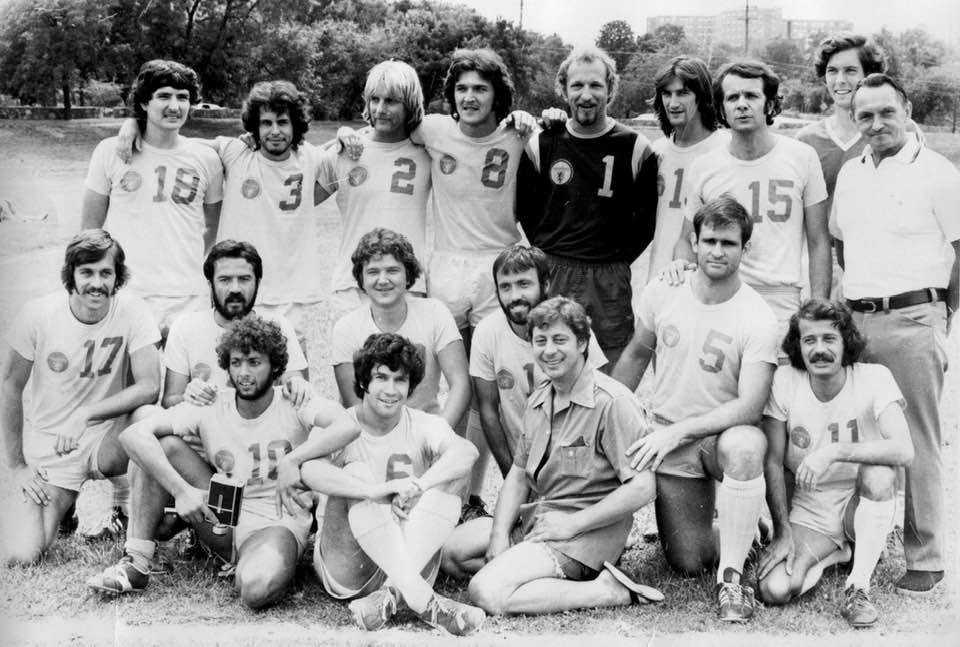 Southeast President Carlos Vargas has played soccer since he attended elementary school in Mexico City and hasn’t stopped since coming to Southeast.

“Soccer is something you played every time there was recess in school,” Vargas remembered.

In junior high, Vargas was invited to join his school team at Colegio Madrid — a private school that serves students preschool through high school. It was his first chance to play on an organized team.

Some of Vargas’ fondest memories of his soccer career were during his time in graduate school in Ann Arbor, Michigan in 1977. He played on a team called the Heidelberg Lions which were sponsored by a local restaurant called The Old Heidelberg. Vargas played left striker for the Lions and led the team in goals during one season with 17.

“We played in the Western Michigan Soccer League and we had a great team,” Vargas said. “That period of time when I got to play soccer in Ann Arbor was absolutely fantastic.”

Vargas is one of the biggest supporters of athletics at Southeast and that isn’t without reason.

“I support sports at universities because you’ll learn what it means to be a team player. It’s amazing how you can develop this ability to communicate without speaking,” Vargas said.

He said this type of communication is “the beauty of soccer.”

“Soccer is a game where you don’t talk to each other, but you know where you have to be,” Vargas said. “It’s not the guy with the ball who makes the play, it’s the guy without the ball. That kind of communication is something that develops skills in people and helps them become unified.”

Vargas believes student athletes have a unique perspective of life at college and it allows them to develop and learn more in the long run.

“The opportunity students have to play a sport and at the same time do your academics is a wonderful combination of responsibilities that leaves a lot of learning for students,” Vargas said.

When he was selected as Southeast's 18th president in 2015, he began playing soccer with some international students on campus.

“We used to get together and play at Shawnee Park and at the Rec Fields, too,” Vargas said.

As the Southeast women’s soccer team demonstrates continued success in the Ohio Valley Conference, Vargas said there is one player on the team that reminds him of Lionel Messi — Esmie Gonzales.

“He’s amazing,” Vargas said of Messi. “The way he dribbles no one can take the ball away from him, and Esmie Gonzales is the same way. She’s got this drive to score that’s amazing,”

But Vargas’ interests in the game he loves go beyond Southeast Missouri. He is an avid fan of international soccer and said he is glued to the TV every time there is a World Cup. In 1970, Mexico hosted the World Cup and Vargas got to watch his favorite team, Brazil, win its fifth World Cup.

“Pelé was playing on that team, and I watched him play,” Vargas said. “That was a dream team for Brazil. I don’t think they’ve had a team like that since.”

The Southeast president can be found at most Redhawk sports games and they resume in the fall.