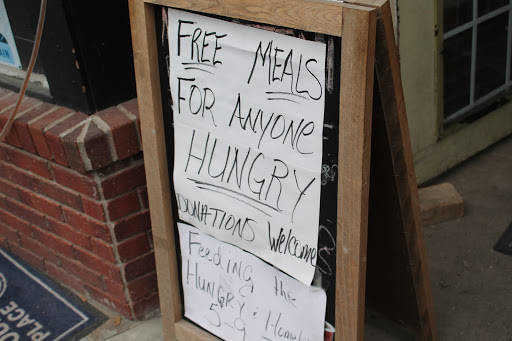 The United States Labor Department has found unemployment rates rising across the country and many families are struggling to put food on the table.

Organizers of Cape Girardeau food pantries and one local businessman are working to provide for those in need.

Over 4.4 million people filed for unemployment the week of April 13, The Labor Department stated in a news release Thursday, April 23. This latest report brings the total number of new claims to 26 million since the COVID-19 pandemic began.

When the pandemic began, Taylor said he saw an increasing need across the community and began giving out hot meals to anyone in need.

“We have fed over 500 people in the last 30 days,” Taylor said. “I ran out of my own money about two weeks ago because I wasn't asking for any donations — people were trying to give them to me and I said no, but people wanted to come and help out.”

Taylor said the community has been extremely supportive, donating more than $3,000 in food and funds.

“This was the first mobile pantry we had tried to do as a food pantry for the university, so up until [April 18] we had no previous experience in terms of demand,” Skinner said. “All we knew was who walked through our door which was a few people a week.”

Skinner said the mobile food pantry distributed 103 pantry kits in about an hour.

The annual food drive held during Greek Week provides a large number of supplies for the Redhawk Food Pantry. With no Greek Week this year, Skinner said the pantry is planning a virtual food drive in the coming weeks to help stock the pantry. 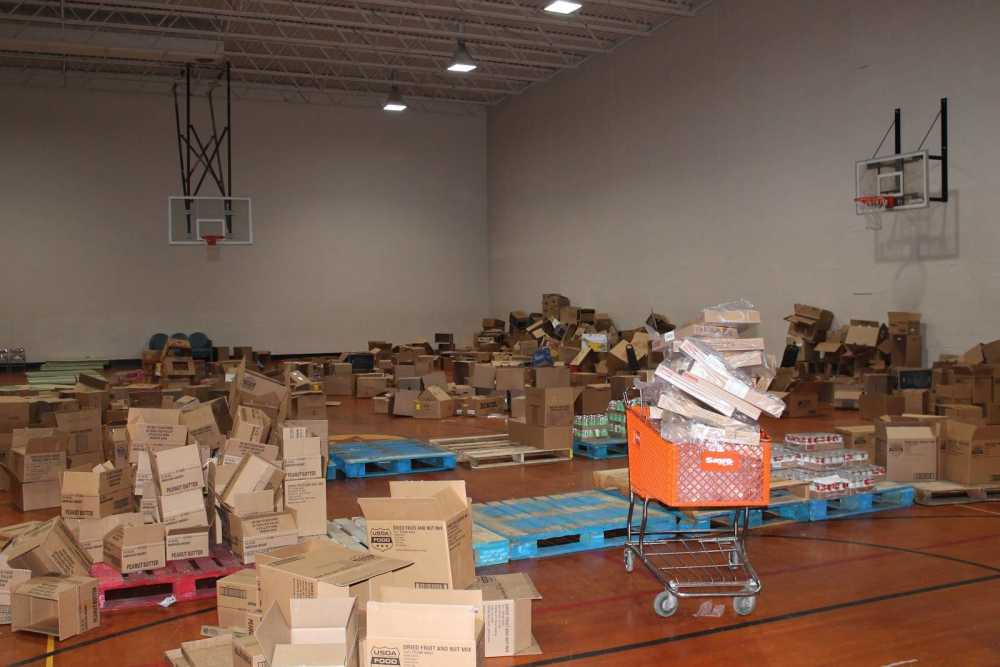 The gym at Red Star Baptist Church is filled with empty boxes after the food pantry team packaged donations to be distributed on Saturday, April 25.
Photo by Matt Wagner

Kevin Sexton, Southeast political science professor, has been coordinating the food pantry at Red Star Baptist Church for 18 years. Sexton said he has seen a sharp increase in the number of families in need since the pandemic began.

Sexton said many who have lost their jobs due to the pandemic now have to provide even more food for their households as their children aren’t eating at school.

Sexton said the Red Star Food Pantry has transitioned to a drive-through to maintain social distancing and still provide nonperishables as well as frozen foods to as many families as possible.

The Red Star Food Pantry is open the fourth Saturday of every month and is opening additional days during the pandemic as supplies become available. The pantry is located at 1301 N. Main St. in Cape Girardeau.

The next Redhawk Mobile Food Pantry will be held at 10 a.m. May 7 in the Student Recreation Center.

Ron Taylor can be reached on Facebook at Mainstreet Station - Cape Girardeau or found handing out hot meals on the corner of Broadway and Main Street every day at 5 p.m.