Americans turn to music to de-stress 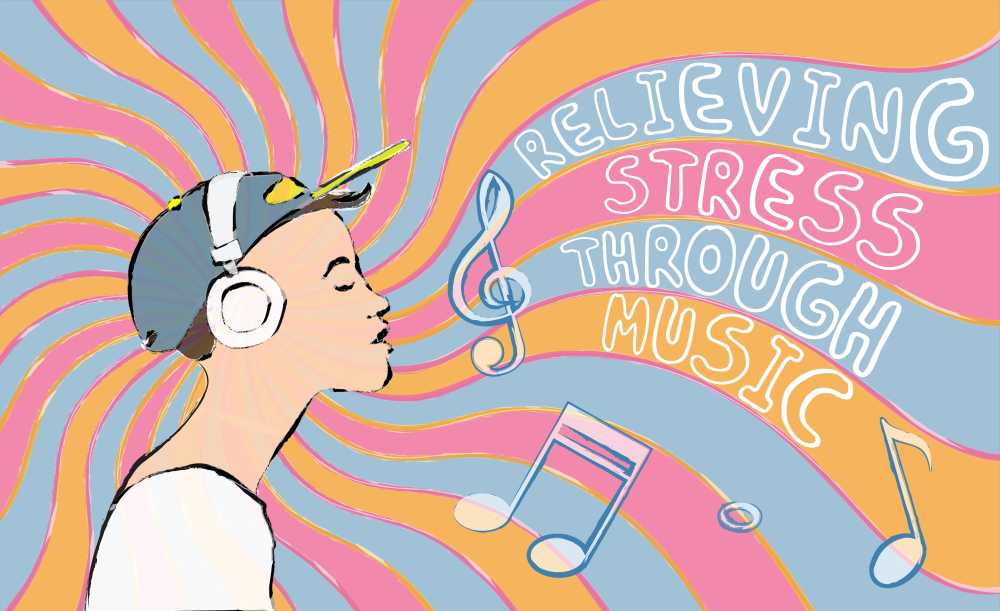 While social distancing and stay-at-home orders continue during the pandemic, individuals have turned to music to keep themselves entertained.

According to a study from Billboard.com, 60% of the United States population is engaged in more forms of entertainment such as video games and TV shows.

As many musicians and artists are having to postpone projects, they are also finding ways to produce content from home. Some have produced new songs, virtual covers and collaborations, as well as live-streamed concerts and hosted listening parties on social media platforms.

Deep-listening, according to the LA Times, is described as listening to emotional effects, tones, timing, dynamics, melody, and harmony in pieces and albums in their entirety.

Southeast Counselor Missouri State University Doug Johnson said listening to music can help those who are stressed or anxious relax while social distancing.

“Anxiety is actually part of a survival characteristic. So if you feel anxious, there's always some type of threat,” Johnson said. “Your heart rate and blood pressure go up, your nervous system kicks in and music can be an exercise that can get that under control.”

“As individuals, we are familiar with certain social cues and associations such as intense music in a movie emphasizing a serious moment,” Johnson said.

Just as everyone has their own taste in music, Johnson said there is no one size-fits-all genre when it comes to helping individuals relax with music.

“If you hate classical music, it's gonna stress you out if you listen to classical music. If you like pop or something like that, that's what you need to do and that's the best thing,” Johnson said.

Johnson said that not only listening but creating music can also be a de-stressor.

“Creativity is one thing that can help relieve stress by giving you a task to focus on other than the stress or the anxiety,” Johnson said. “It takes your mind off of focusing upon the threat, so it helps you come back to normal and stay centered.”

Southeast Student and music enthusiast Patrick Buck said students are stressed because of their recent transition to online classes.

“We’ve been displaced. We’re in a weird state— familiar environment with different expectations. That’ll stress anyone out,” Buck said.

Buck explained that during this time music can relax you in ways other media cannot.

“TV and video games require active visual concentration to varying degrees which creates this stressful tunnel vision that we never really notice,” Buck said. “When you’re listening to music your eyes can go to whatever you’re doing while your ears are pleasantly stimulated.”

Johnson said many students right now are struggling with anxiety or stress because of their lack of an established routine, and that music can be a way to gain control.

“You can have music you enjoy that can help you get centered and think ‘OK, I'm gonna get through this,’ and it can kind of help keep you grounded,” Johnson said.

Buck said that when in a slump, he finds music can also be a mood leveler by acting as a distraction and uplifter.

Johnson said one benefit to choosing music as a way to relieve stress or anxiety is its accessibility.

“Music is pretty readily available nowadays. If you've got a phone you just tell Google or whoever to play the song,” Johnson said. “So it's not another stress thinking, ‘Wow, I've got to get out, I've got to find a store that's open, then I’ve gotta wipe down the packaging when I get back.’”

Johnson said the ability to create music is also more accessible, which can be another way to focus and relax.

“You don't have to be a professional performer, but you may like to play an instrument or you may like to write songs, which can help you focus and once you're done feel a sense of accomplishment,” Johnson said.