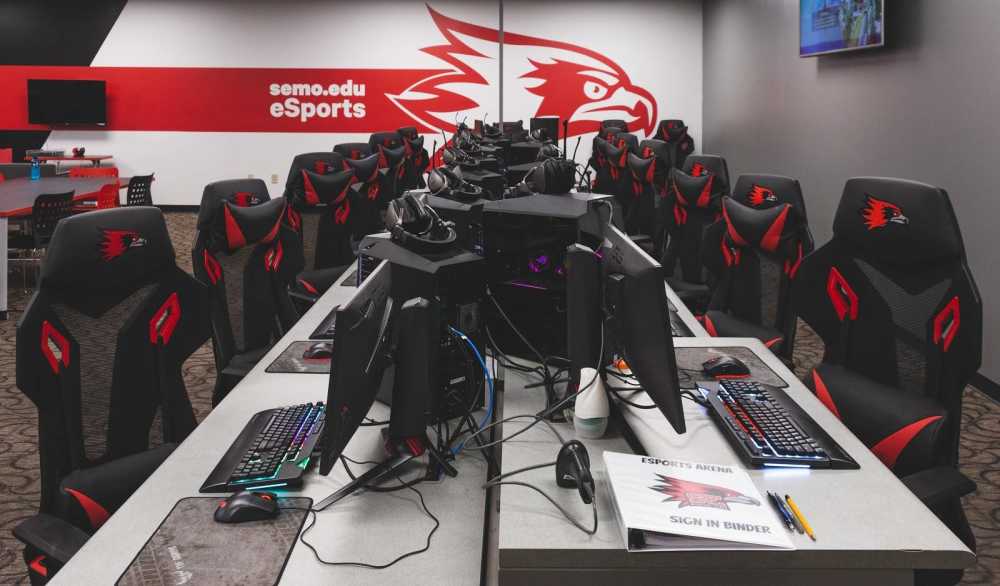 Southeast esports hosted its second tournament on May 1 and 2, and it won’t be the last one.

Both tournaments have been Call of Duty: Warzone tournaments. The new battle royale style game was the most popular according to the club’s research.

Esports club advisor Raleigh Davis said the eSports Club has other games they plan to host tournaments for, as well. Apex Legends, Overwatch and Valorant were next in line with the most interest from players.

It wasn’t in the plans to start hosting tournaments this early, but with the COVID-19 pandemic suspending everything else, it gave esports an opportunity to get a head start.

“We definitely pushed up our timeline on these events,” Davis said. “We probably would’ve committed to some tournaments over the summer, but we thought this would be good to keep students active and engaged with the club until we can get back to hosting big in-person events.”

Based on feedback, Davis found participants would be more inclined to play in shorter time frames and with teams. Neither of these tournaments have had prizes because of the quickened timeline, but Davis said he expects the tournaments in the fall to have them.

The current tournament format is not set in stone and will vary depending on the feedback eSports Club gets from each of the games. To give feedback, visit the SEMO Recreation Services Facebook page to fill out a form or visit the Southeast eSports Club page on SEMO’s website.

With the addition of the eSports Arena at Southeast along with the founding of the eSports Club, Davis said much of this year was just getting the club off the ground and forming an infrastructure.

“We didn’t do this off the bat because we were so focused on building the club internally,” Davis said. “We had to grow the club to where it was large enough and strong enough to be ready for next year.”

The coming fall semester was initially when the club planned to bring tournaments and leagues to a larger population of Southeast students and open it up to external sources like high schoolers and community members.

“We had planned these types of tournaments right at the beginning of next semester,” Davis said. “We had a really strong club and all our teams were formed out, so you wouldn’t have to spend a bunch of time on that, so we could start focusing on these external tournaments.”

The club plans to host tournaments throughout the summer and use that momentum to carry them into next semester.

“Now that we’ve pushed that schedule up so far, I think we’ll be hosting a lot more external tournaments and inviting people to play with us,” Davis said. “We’re going to push out a lot more events now that we have our feet underneath us and have a good foundation.”

While the tournaments and leagues they host will be open to all Southeast students, Davis encouraged SEMO students to join the eSports Club.

As Davis said, “literally the only difference between a club member and a non-club member is the club member filled out the form and has the keycard.”

Members get 24/7 access to the eSports Arena and the opportunity to potentially represent Southeast in competition.

Tournament and league information will be posted on Facebook on the Southeast Recreation Services Facebook page and also on the Living Virtually at Southeast Facebook page.