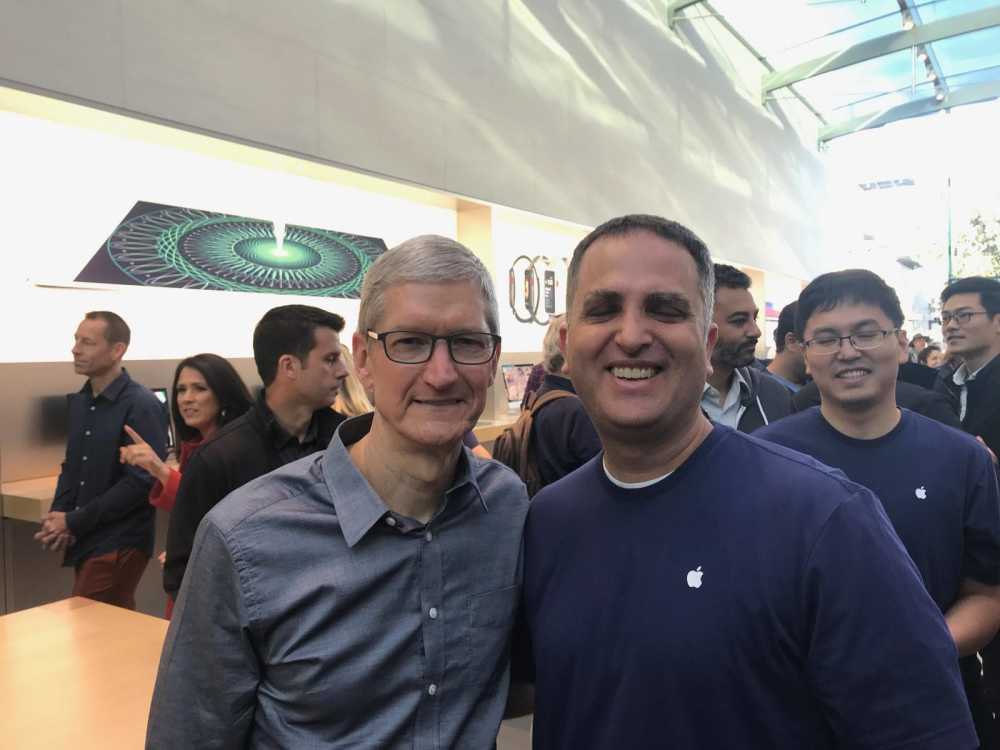 Jesgar, who graduated from Southeast in 2003, works as a supplier quality engineer at Apple and has been with the company since May 2014.

He said the technology industry is constantly moving toward the future and not trying to hold on.

“My job is to look after the quality of the parts that we design,” Jesgar said. “That includes developing measurement systems, ways to measure the parts, looking at the cosmetics and making sure that the parts function properly when they go into our main builds.”

Prior to landing the job at Apple, Jesgar worked as an engineer at Xerox, Porex and Home Depot.

“The industry is super competitive because all the companies are very secretive,” Jesgar said. “That's one thing I've found with Apple is it's one of the most secretive groups you will ever go work for.”

He said work in the technology industry is very fast-moving because everything’s changing constantly.

“You're constantly pushed because there's new innovations that are occurring,” he said. “You're trying to be ahead of everyone and developing your own innovations. Then trying to gauge the market to see how people respond with innovations, which is another challenge.”

Jesgar said he worked on the Apple watch when it first launched in September 2014.

“Every year, they do something called the keynote speech where they show off

what new products are coming up and at the very end of the keynote, they said, 'And one more thing,' and when they started showing the watch, everyone was going crazy," Jesgar said.

He said his passion for engineering began as a kid when he would spend hours in his basement making and designing things with legos.

“I always liked computers, and I built my own computers when I was a kid,” Jesgar said. “I just like to understand how something works.”

Jesgar said his time at Southeast allowed him to start to figure out who he was. Especially when he joined the Lambda Chi Alpha fraternity.

“It was really important for me when I decided to join Lambda Chi fraternity,” he said. “A lot of engineers are introverts, we don't usually socialize that often. It taught me how to interact with people, be willing to branch out and actually be a lot more socially inclined.”