Health side effects of lockdown: a health communications professional on things to watch out for while in quarantine 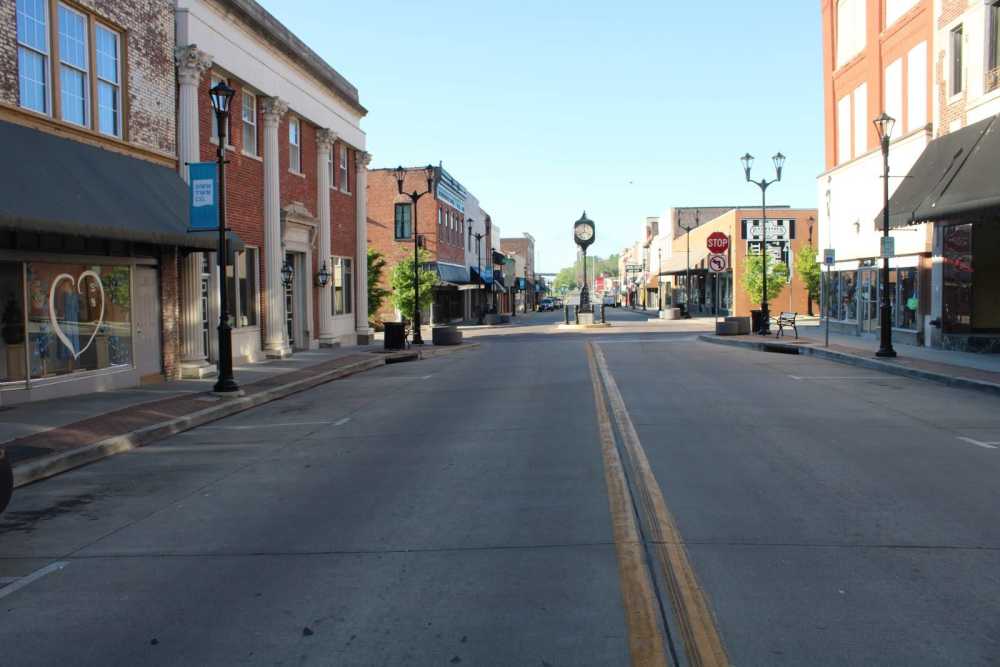 Main Street in Cape Girardeau appears vacant while stay-at-home orders are in place on Friday, April 24.
Photo by Brooke Holford.

While stay-at-home orders are intended to help reduce the risk of contracting COVID-19, the order can bring a variety of other health concerns.

Brooke Clubbs, instructor and director of health communications, said there are three sides of health to take care of: physical, mental and social.

Despite most public places shutting down and certain medical services being less accessible, problems in need of ongoing care do not go away despite the lack of services, she said.

“Any chronic physical condition that someone has is not taking a break,” Clubbs said. “That presents some challenges, because it's difficult to get your prescription or to visit the doctor.”

She said it’s important for anyone stuck indoors to get physical activity every day for their physical well-being.

“I have a feeling that a lot of folks are kind of treating this like one big extended snow day. During a snow day you eat pancakes and sleep in and snuggle up and watch Netflix,” Clubbs said.

One thing that might be affecting students’ physical health is the amount of time they have to spend on their devices, she said.

Whenever people have to look at screens for long periods of time, it can throw off their circadian rhythm and affect their sleep, Clubbs said, additionally causing eye strain.

Those in need can still access mental health resources. While meeting in-person has been hindered by the stay-at-home order, Clubbs said telecounseling is still available and can be beneficial in stressful times.

The most prevalent mental health conditions people may be experiencing are anxiety and depression, she said. However, there are other problems to be aware of, including those with obsessive compulsive disorder.

During this time, she said, those with OCD are facing a fear of contamination in a time when intense hand washing and sanitizing is encouraged to stop the spread of COVID-19, which can reinforce those fears. Other individuals who might be struggling with an eating disorder are facing additional challenges because their schedule is thrown off, she said, and “some of their coping behaviors that they use in their stress can relate to binging or purging or restricting.”

While this may be a time where individuals are isolated from others, Clubbs said there are still opportunities to connect.

“I think we have seen wonderful things happen in terms of people realizing that we need to physical distance but not social distance,” she said.

During this time, Clubbs said she was able to catch up with her former classmates. The ability to reach and make time to talk to others can help the social health of individuals, she said.

She has wondered whether there will be continual social anxieties in the future about being in public and around other people.

“When we think about anxieties, a lot of times it’s based on fears that don’t really exist,” Clubbs said.

Those anxieties may be validated, she said, when other people go into society without taking the necessary precautions and following the guidelines from the Centers for Disease Control and Prevention.

“A lot of people feel justified in what would previously have been irrational fears,” she said. “So if people aren't doing what they're supposed to be doing to protect the public health, then that's not an irrational fear.”

During this time of physical separation in the academic world, Clubbs said students and professors should operate on the “generosity principle.”

“Don’t think that anybody is out to get you,” she said. “Operate on the principle that everybody’s trying to do their best — everybody’s best looks different.”