Home run of Destiny: The start of an All American 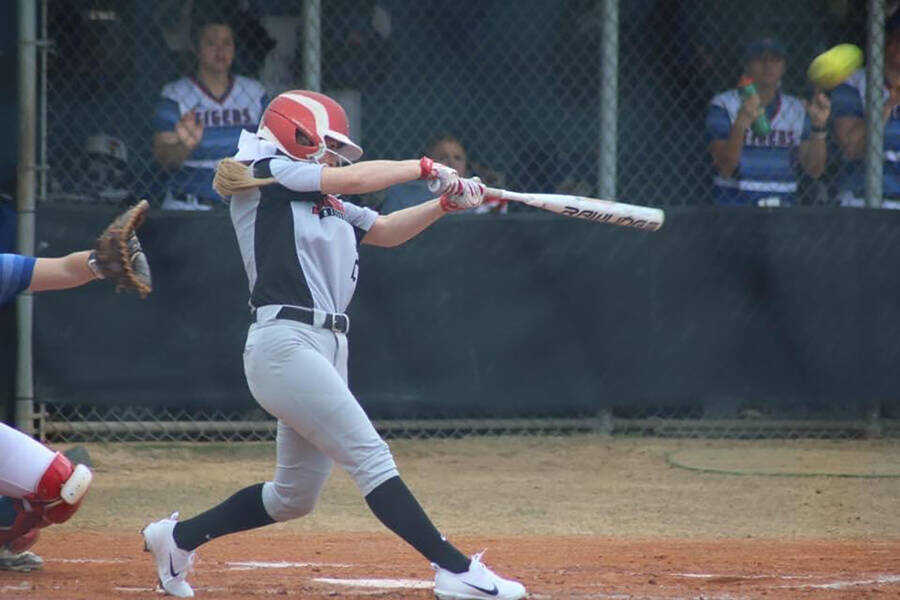 Southeast senior center fielder, Rachel Anderson hitting the home run in her first collegiate at bat in 2017, giving the Redhawks a 2-0 lead. This home run started her journey to being in the top five of career home runs.
Photo submitted by Shea Ellis

On Feb. 11, 2017, the Southeast Missouri State Redhawks softball team took the field for the first time that season with 11 new players in pursuit to change the history and future of the softball program at Southeast. Little did everyone know, the event that was about to happen would uncover the future of one of the most decorated players to walk through the Southeast Missouri State Softball program.

Rachel Anderson says she had an agreement with her parents going into her freshman season.

“I didn’t know what to expect. I remember having an agreement with my parents that if I hated my first season, I would quit softball, but here I am in year five loving every second of it,” Anderson said.

As a freshman at a Division I softball program beginning her first season, the nerves were inevitable. The dreams of her inner eight-year-old were coming true. Starting her first game, batting second and playing center field, freshman, from Edwardsville, Illinois, number two: Rachel Anderson.

The Redhawk’s leadoff batter started the game off with a double, leaving an RBI (runs batted in) opportunity for Anderson. You could hear the Redhawk crowd along with her teammates cheering and clapping as the freshman walked up to the plate for her first at bat in her Southeast career.

With her left foot in the box, right foot back, bat on her left shoulder, she looked at coach down the third base line. She shook her right hand in an attempt to release the nerves, secured her hand on her bat and stepped her right foot in, ready to compete.

It was as if everything was happening in slow motion. The pitcher got her sign and began her motion. The ball released from her hand, coming in mid height, Rachel swung, meeting the ball perfectly, blasting the first pitch of her college career over the right field fence. The crowd and dugout went wild. Rachel lifted her arm in excitement as she rounded first base, high-fiving her coach as she rounded third, and was swarmed by her jumping teammates as she stepped on home plate.

Anderson said she remembers being so nervous during that at bat, her heart was beating out of her chest.

“I remember my teammate [Mykaela Arellanes] being up to bat, and I was on deck trying to get my timing,” Anderson said. “She hit the first pitch so I had no time to prepare. I got up to bat and tried to relax, but I was so anxious that I swung at the first pitch.”

Head coach Mark Redburn said Anderson has always been a positive player and impact to the players and program.

“Looking back on it now,” Redburn said, “you could see how it was foreshadowing a successful career.”

From that day forward, everyone involved in the Southeast athletic program knows and remembers the name Rachel Anderson. Four years later, Rachel Anderson has been added to the record books.