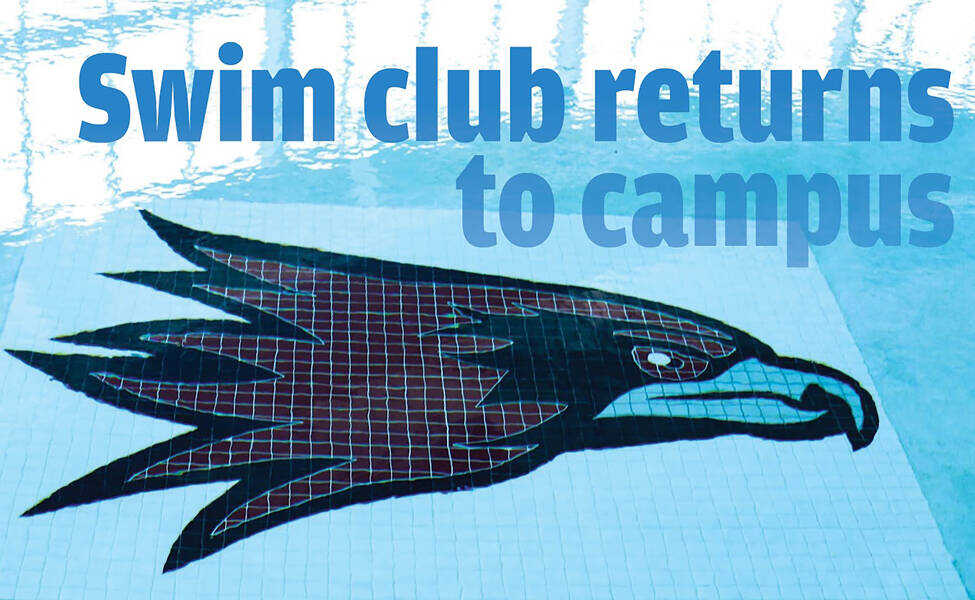 They learned about the ability to restart the club sport after reading a flyer in the Recreation Center over the summer.

Phillipp, president of the club, has been swimming competitively since he was young, and he took the opportunity to bring this club sport back to Southeast.

“I thought it would be really cool since SEMO doesn't have an official swim team. It could be a way that I still keep up with one of my passions,” Phillipp said. “I contacted Tyler McLemore [intramural and club sports coordinator], and I met Anna Smith, who is also equally as interested in competitive swimming as I am. We're working together right now to get all the gears turning to make this thing happen.”

After a few virtual discussions, they decided Phillipp would be president, Smith would be Vice President and Appleman would be treasurer.

The team is open to all swimmers.

“It's competitive and for people who are just joining for fun or exercise, which is 100% also welcome,” Appleman said. “This is just a time for us to see where you're at because it's not going to be competitive for a while.”

The club currently has 20 members in a group chat who are interested in getting into the pool to express their love of swimming, whether competitive or not.

“It seems like every day I get a new text saying that this person heard about Swim Club and is interested in joining,” Phillipp said. “A lot of these people are hearing just by word of mouth or social media, and they're interested because a lot of people share the same passion and having a good way to express that outlet.”

The post stated requirements for members are “to attend practices, have fun and potentially compete against other schools once things in the world start to settle down.”

According to the Protect the Nest plan outlined by the university, one of the few exceptions for wearing face coverings includes while swimming in the aquatic center. The plan does limit the number of people in the leisure pool to 30 people, and one person can swim in a lap lane. However, these can be limited even more due to social distancing.

“We're working on a plan so that we'll be able to do this so that everyone is safe,” Appleman said. “So as of now, we are just kind of wanting to have fun because there's not going to be any competitions for a while.”

Appleman said the team hopes to be able to compete against other universities with swim club teams, but they won’t know if this will be able to take place until next semester due to COVID-19.

Phillipp said it is difficult to find times for their team to meet while following social distancing guidelines in such a confined space.

“It's hard to figure out allocated times that we can use for practices with social distancing being an issue,” Phillipp said. “But at the same time, I'd like to be able to start practicing as soon as possible, not because of upcoming competitions, but people just want to swim, honestly.”

The team has not held any practices yet. However, with the assistance of their coach Chad Sierman, assistant director of aquatic recreation services, they plan to start as soon as they can.

“We're taking it step-by-step, and we’re just as new to this as they are,” Phillipp said. “But hopefully, they'll come, join and have a good time.”

If anyone is interested in learning more about the club sport, contact Zachary Phillipp at zrphillips1s@semo.edu or Kate Appleman at keappleman1s@semo.edu.