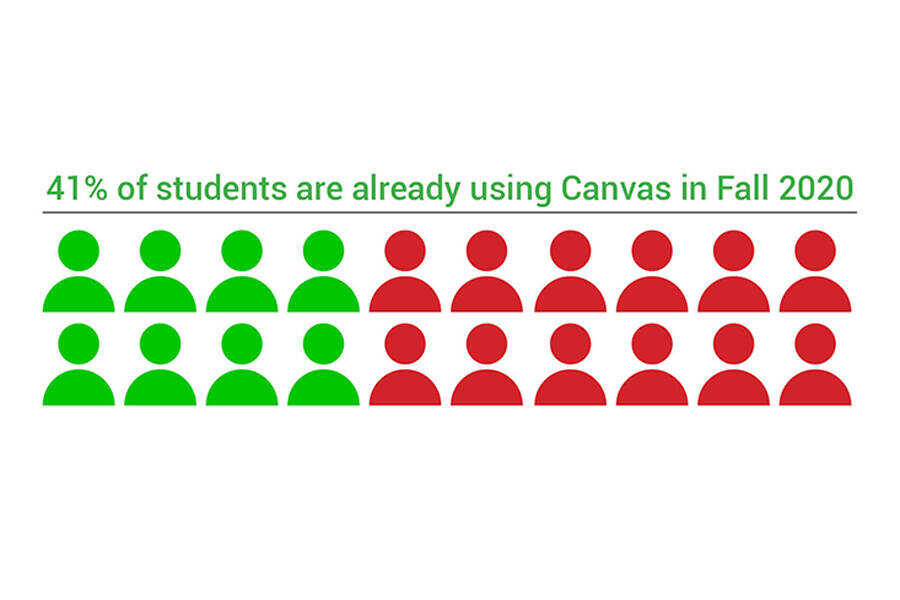 This semester, Southeast is piloting Canvas, the University’s new learning management system (LMS), in approximately 300 sections across all majors.

The university is moving on from the current LMS, Moodle, after a series of forums in March where students, faculty and staff responded to demonstrations of Canvas, Blackboard and Desire 2 Learn. Vice Provost Doug Koch said “Canvas was favored across the board” in these sessions.

Approximately 41% of students are in at least one course that is using Canvas this semester, and Koch said by next semester every class will utilize Canvas.

Faculty who were chosen to use Canvas this semester are either new hires or volunteers.

“We felt we did not want [new faculty] to have to learn Moodle for just one semester,” Koch said.

Koch said the group of professors using Canvas this semester is larger than the school originally planned for.

“We were thinking of a much smaller group and a much smaller pilot so we could manage it a bit better,” Koch said. “IT is doing an outstanding job, but most of the things being done now have to be done manually, like integrating rosters. [Canvas] isn’t fully integrated yet to do that automatically.”

Sarah Cavanah, assistant professor in the Mass Media department, is one of the professors using Canvas in all of her classes this semester. Cavanah said after using Canvas for the past month and a half, she prefers it over Moodle so far.

“Students can progress page to page like turning through a book, so that gives [students] and especially online-only students a more structured approach to the material,” Cavanah said. “All around, [Canvas] has a slicker interface.”

Cavanah said Canvas is lacking some of the smaller details and options Moodle has for class assignments, such as certain types of forum posts or surveys within classes.

Though Cavanah was able to decide she wanted to use Canvas this semester, she wishes students had had the choice to not have to use Canvas and Moodle at the same time.

“Nobody seems to dislike Canvas; they don’t like that they’re on Canvas and Moodle at the same time because the stuff isn’t in the same place,” Cavanah said. “The ones who have it the worst are the seniors … but I tell them they’ve been complaining about Moodle for years to me.”

Hailey Ahlvin, a junior majoring in communication disorders, is in one class that requires her to use Canvas, while most of her classes are still on Moodle. Ahlvin said it is tough to try and remember she has two sites to keep track of, but she prefers Canvas over Moodle already.

“After using Canvas, I’ve noticed it is a lot easier to get in touch with classmates and professors and find specific information as opposed to Moodle,” Ahlvin said. “It’s not something I was used to, so it was a little tough to navigate at the very beginning.”

As all courses transition over to Canvas next semester, the Center for Teaching and Learning is hosting training sessions for professors on a range of Canvas-related subjects. There are 15 total workshops, with the final session Dec. 11 on Zoom.