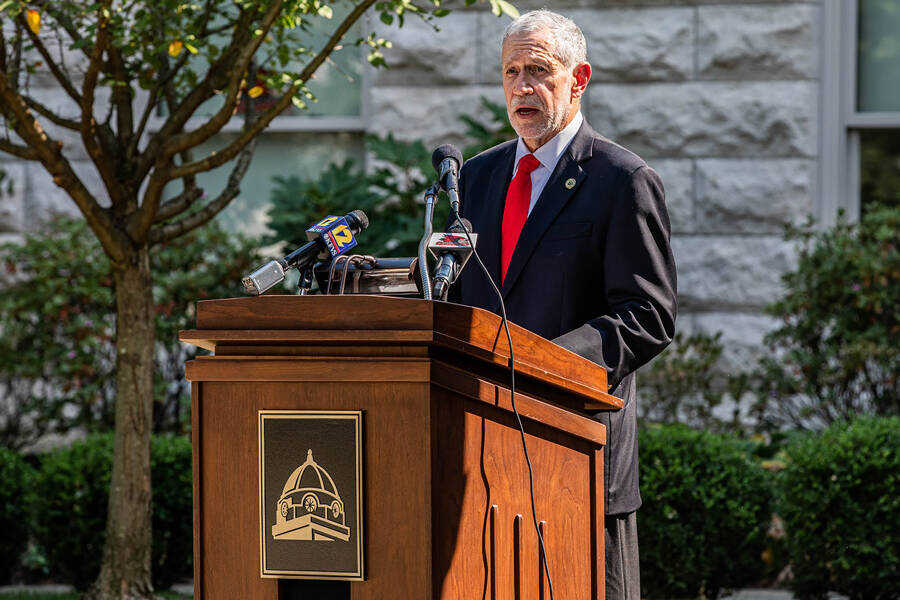 In the wake of standardized test dates getting canceled across the nation in the spring, Southeast President Carlos Vargas announced today at a press conference the university is expanding test-optional admissions and scholarships for new students in Fall 2021.

Southeast began offering test-optional scholarships in Fall 2019, but the minimum GPA to qualify was a 3.5. In Fall 2021, the number will be lowered to 2.75 to accommodate students who did not have the ability to take a standardized test.

“We’ve added test-optional eligibility to apply for our prestigious and competitive $10,000 President’s Scholarship for students at a 3.9 GPA,” Hahn said. “We have nearly 20 scholarships that students can qualify for as test-optional.”

Vice President for Enrollment Management and Student Success Deborah Below said Southeast evaluated the results of Fall 2018’s test-optional admissions over the summer.

“We found that students admitted in Fall 2018 were successful at a similar rate to all other students,” Below said. “Consequently, we prioritized further reallocation of financial resources to assist students who have achieved a high GPA in high school but may not have reached the required test scores for scholarships.”

In Fall 2016, Southeast announced a goal of 80% retention of first-time, full-time students, and Vargas said this year, the university may have met that goal. The previous record was in Fall 2019 at 75.3% retention.

“Although it’s not yet official, we are optimistic we will have reached a milestone in retention of first-year students this fall,” Vargas said. “As of the beginning of the semester, 80.1% of first-time, full-time students have enrolled in their second year.”

This semester's freshman class sits at 1,510 students, close to last year's amount. Among those students, there was a 24% increase in minority enrollment, with a 26% rise in African American students and a 67% rise in Hispanic students from last year's class.

More information on the university’s new test-optional scholarship policies can be found online.