The Rare Book Room, a priceless asset to Southeast 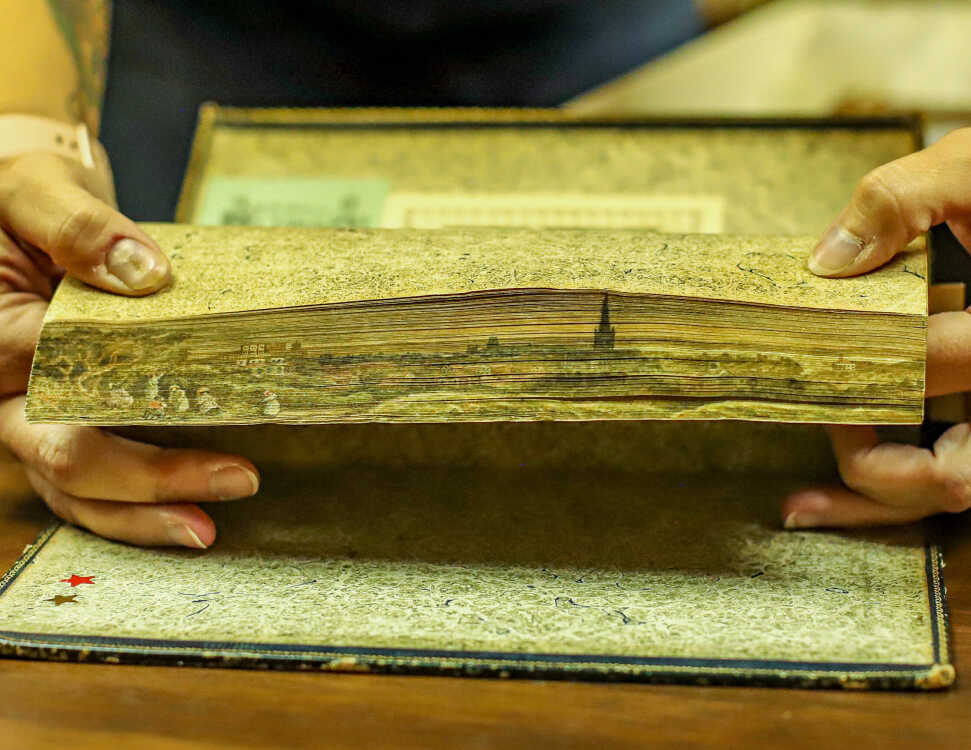 A text is fanned to display fore-edge painting, which is common with older books.
Photo by Ramond Buck

Editor's Note: An earlier version of this story misstated the title of Roxanne Dunn, the story has been updated to reflect Dunn's correct title.

One room on Southeast’s campus holds an estimated 30 million dollars worth of materials, some as old as seven hundred years.

It’s not the Edvolution Center or a science lab — it’s the Rare Book Room in Kent Library.

The texts in the Rare Book Room aren’t the only antiques present. The furniture hails from the 1960s, donated by book collector Charles L. Harrison’s family in ‘68. A typewriter that William Faulkner once used sits on a desk. The room is dominated by rich wooden features and rows upon rows of books locked in glass-front cases.

A portion of one wall is lined with tall, rectangular boxes that hold artifacts not contained in the shelves.

Brodsky was compelled to collect as many artifacts from William Faulkner as he could. The collection includes multiple copies of some novels as a result of this.

“At some point, he wanted a copy of every edition of every Faulkner book ever printed,” Koenig said.

The Harrison collection was donated by Charles L. Harrison, who collected books in the 1930s and ‘40s. Harrison’s diverse collection includes an annotated manuscript from the 1300s, hand-bound texts, children’s books, first editions from Charles Dickens and much, much more.

“He really liked things that were pretty,” Dunn said. “He was interested in fine bindings, art books or books with lots of illustrations.”

Although his collection is worth a lot now, Harrison managed book collecting as an “inexpensive” hobby. He budgeted a monthly allowance of 50 dollars for his passion for books, sometimes utilizing an installment plan for a now-rare text. Harrison bequeathed the substantial collection to Kent Library upon his death in March 1944.

Southeast students also have the option to study the texts, and one class was even able to choose artifacts for the room. The room is available for tours by appointment only but some courses collaborate with Special Collections staff for projects.

The Rare Book Room is another example of an asset on campus that sets Southeast apart.