Drone program takes off during its fourth year at Southeast 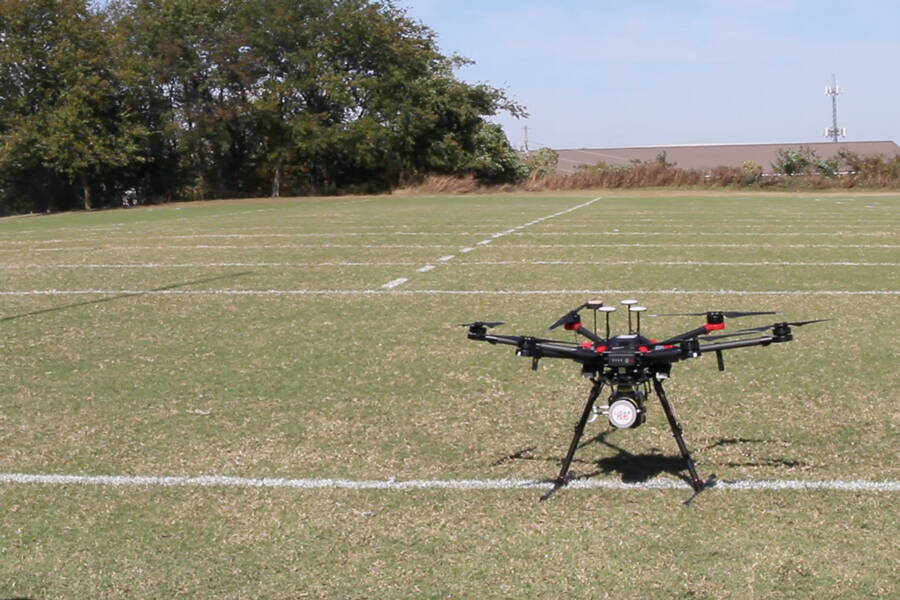 As part of the program’s classwork, students learn to fly unmanned aircrafts in areas on campus such as the practice football field.
Photo by Nicolette Baker

Four years after being introduced at Southeast, the Unmanned Aircraft Systems program has expanded to include seven times the beginning number of students.

The UAS major allows students to gain experience in programming and flying drones for a variety of purposes.

He teaches courses such as UAS Fundamentals, where students can learn to program and fly drones around campus areas such as the practice football field.

When the program began in 2016, two students were enrolled in UAS. Now, the program has expanded to include 14 students and is projected to serve an even more diverse group of students in the future.

Chronister said the program has expanded to include non-majors as well. As drones can be useful in capturing video footage, several television-film students have elected to take his Unmanned Aircraft Systems Fundamentals course.

Through this program, students can train for the drone licensing test and become certified before even graduating. Two students that have completed the program began careers in their field directly after graduation, Chronister said.

Graduate Nathan McKlin, who completed the program in the spring of this year, now creates sensing units for Lidar USA and utilizes skills he learned while an undergraduate at Southeast. The other student from that first graduating class, Bringham Haase, moved to Memphis to a career position in unmanned aircrafts.

The department hopes to create a minor and certificate program for those who would like to gain experience in UAS but aren’t committed to majoring in it, Engineering and Technology department chair Brad Deken said. As drones can be used for a variety of tasks, it’s a versatile skill to have while entering the workforce.

UAS student John Zuccarello has been gaining experience through Chronister’s classes, including flying drones on campus. He said it’s the exciting, unpredictable nature of unmanned aircrafts that he enjoys most.