Coach Redburn ready to lead softball team to another championship 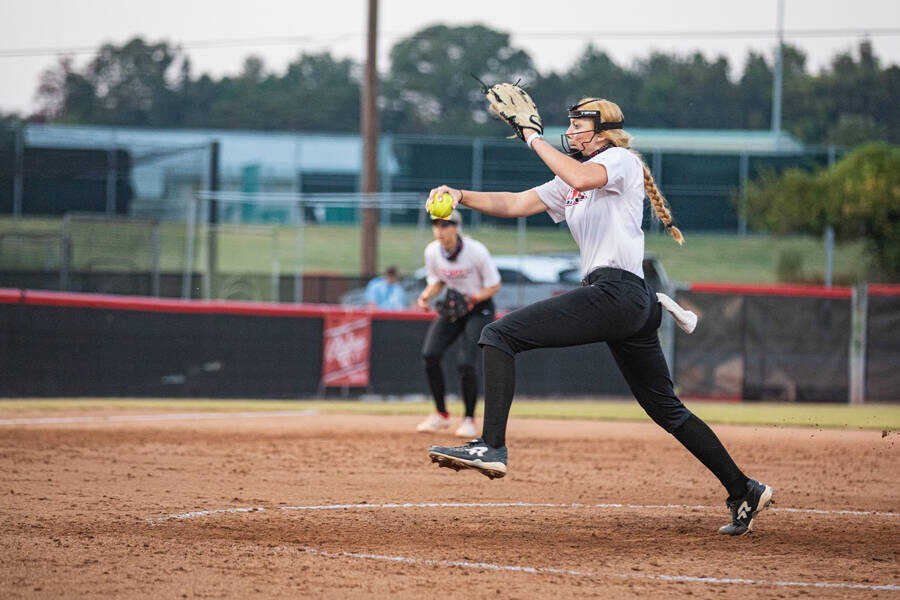 Freshman Amanda Hansen delivers a pitch during a scrimmage on Oct. 7 at the softball complex in Cape Girardeau, Missouri.
Photo by Jan Salmon

Softball Coach Mark Redburn is ecstatic to get back on the softball field and coach this year, after last season was cut short by the NCAA.

Redburn has the softball team scrimmaging two times a week against one another to simulate game action. Redburn believes scrimmages are extremely important because he wants to see how his players, especially the new ones, will react to in-game situations.

“We have eight freshmen and two JUCO transfers,” Redburn said. “That’s a big reason why we scrimmage because we want to make sure that they have the right mindset and see how they react in a game-like setting.”

Redburn said he wants the new players to get acclimated and compete against the fourth-year players right away, because that's what they’ll have to do during the season.

Redburn has been impressed with the team’s competition level so far during the scrimmages. The coaching staff has approached the scrimmages and practices in a variety of different ways.

“Instead of doing a typical three-out switch, we use time segments so that all of our hitters have an equal number of opportunities to hit off of all of our pitchers and vice versa,” Redburn said.

The time segment method is better for pitchers because they can better protect their arm.

“We try to keep a balance so our pitchers can preserve their arm because at the end of a scrimmage, we don't want one pitcher to throw five pitches, then the other one to have thrown 65,” Redburn said.

The team has many older returning players, and pairing them with new players who are trying to develop brings a great balance, Redburn said.

“Having older, experienced players allows our younger players not to have to come in and be thrown to the fire,” Redburn said. They can watch the older players and see how they handle everything and do everything. It gives them time to sit back and develop.”

Redburn said he felt “depressed” when all the restrictions and cancelations happened this year, and having to deal with it going into the summer months was tough for him. The NCAA placed a dead period for summer which means coaches couldn’t have face-to-face interactions and couldn’t watch student-athletes play.

“It was frustrating because we couldn't go out and watch high school ball or summer ball,” Redburn said. “I just felt like I had been punched in the gut, and it was tough. We weren’t even able to really have an official celebration for our 2019 OVC Championship team.”

Despite the pandemic-related restrictions, the Redhawks have been training hard, and the team is excited to get back on the field. The team is just starting to get going again, and the practices are more intense than ever because Redburn is excited to prepare for the upcoming spring season.