“Fracking is not good” — How environmental policies impact the Earth 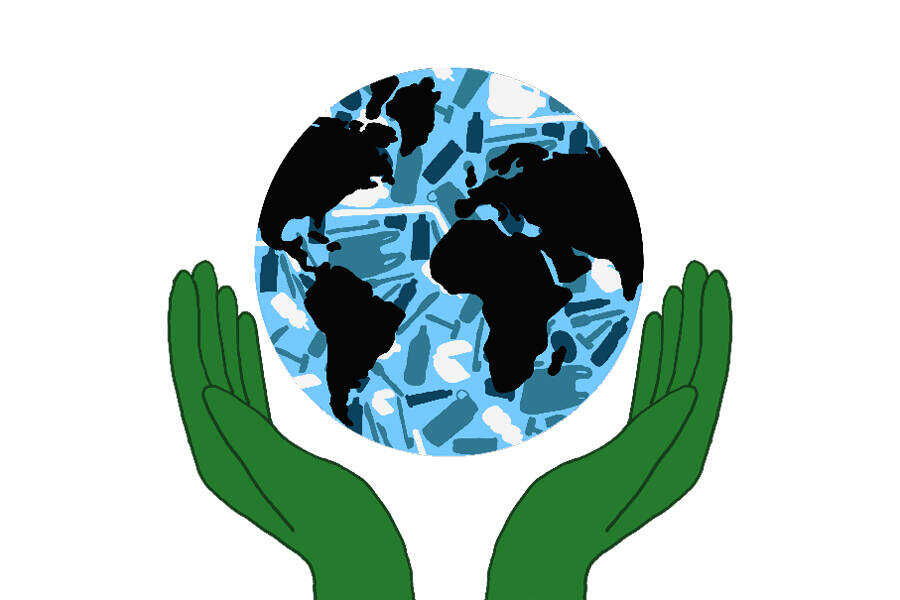 Johnson, who is a junior pursuing an environmental science policies and communication degree at Southeast, has been a member of the Environmental Science Association (ESA) on campus since her freshman year. Now, Johnson joins an all-female team of officers for the organization, focused on promoting environmentally-friendly behaviors.

The group has taken actions on campus to promote a greener way of living, including placing and managing recycling containers in some buildings and hosting a conference for other environmental activists to gather and discuss the state of the earth.

The recent debates between the Democratic and Republican nominees for president inspired Johnson to explain how stances on fracking and the Green New Deal can impact our planet.

Johnson said the impact of climate change can be seen in many areas of the United States right now. Raging wildfires, deadly hurricanes and even earthquakes are side effects of climate change.

Johnson said the issue lies not in what to do to combat climate change, but who will pay for it.

“That’s where politics get involved ... People want to help the environment, but no one wants to pay for it,” Johnson said.

Some of the proposed compromises include taxing people with higher incomes to fund more environmentally-friendly policies. Other organizations have suggested implementing carbon taxes, which will charge companies for the amount of emissions they release.

Another concern during the Vice Presidential debate was whether or not a candidate supported fracking. Fracking is defined by the Oxford Dictionary as “the process of injecting liquid at high pressure into subterranean rocks, boreholes, etc. so as to force open existing fissures and extract oil or gas.”

“Fracking is not good, not only for the environment but also for people that are close [geographically] to the fracking,” Johnson said.

Traditionally, fracking has provided employment opportunities in the fuel industry. Some citizens are concerned a decrease in fracking will cause an increase in unemployment. According to Johnson, pursuing cleaner ways to fuel our lives will increase job opportunities as new avenues are investigated.

Nominees from both major parties support fracking and refraining from joining the Green New Deal.

“The current administration’s ... glorification of fossil fuel usage is insane to me because of the part that it is currently playing in climate change,” Johnson said.

In reference to local environmental issues, Johnson said she was excited to see Southeast Facilities Management personnel collecting paper scraps to recycle. ESA has placed recycling containers in some of the northern buildings on campus, including the Otto and Della Seabaugh Polytechnic Building and the Magill Hall of Science. ESA members are in charge of taking the contents of these containers to a recycling center.

Johnson said students can take action in their everyday lives to be more mindful of their carbon footprint. Recycling, thrift shopping and exploring a low-waste lifestyle are all ways to reduce one’s impact on the health of the earth.