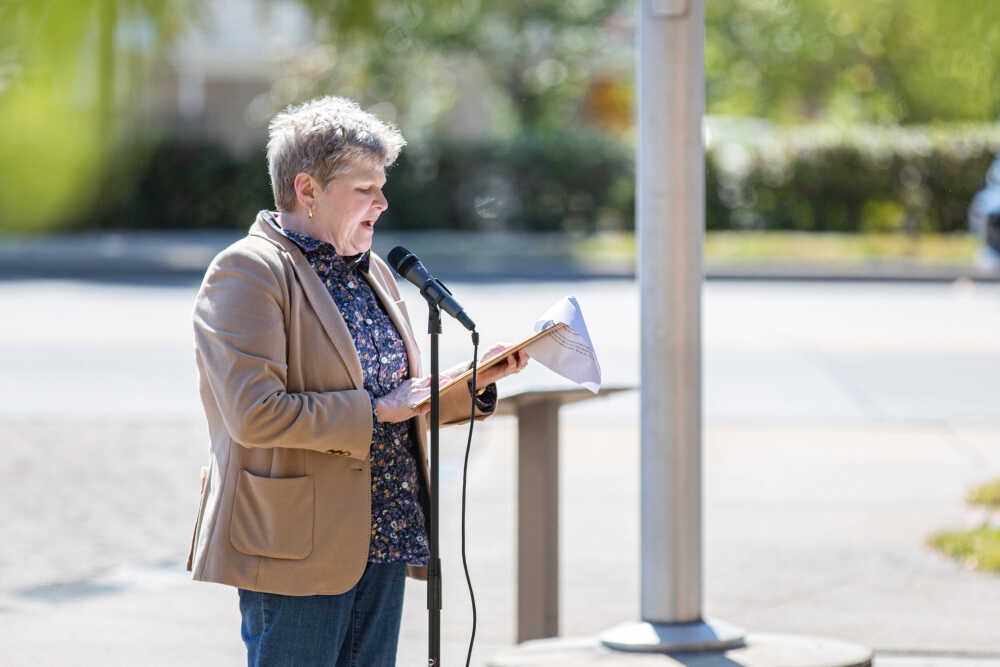 Congressional candidate Kathy Ellis visited Cape Girardeau Saturday for a stop on her Weekend of Action event series. Ellis is running as a Democrat congressional representative for Missouri’s eighth district.

Health care is one of the most pressing issues in Missouri currently, Ellis said. She said she projects that if Amy Coney Barrett is added to the Supreme Court, Americans will lose essential health care through programs such as the Affordable Care Act.

Ellis said 37% of individuals in the district — which includes counties in southeast and central Missouri — live in poverty. While Medicare is expected to fill these gaps, she said, it doesn’t always.

“The reality [is] we need to have good health care access for everyone,” she said.

She said one of the best ways for students to become politically involved is to start discussions surrounding elected officials, as well as regularly evaluate those leaders.

“Just take a look at who’s in office and what they’ve done and what they haven’t done,” Ellis said. “Evaluate them, like professors evaluate [students].”

Several local leaders spoke at Freedom Circle in Capaha Park during the event.

Andy Leighton, Democratic candidate for Missouri General Assembly House District 147, shared his support of Ellis as well as his own campaign platform. Geneva Allen-Patterson of Moms Demand Action spoke as well, concluding with the song “Love Lifted Me.” A few local advocate groups also attended and spoke at the Saturday afternoon event, including Midwest Council for Civil Rights, Moms Demand Action and Justice for Madi.

Madi’s family spoke in tribute of their daughter during the rally. The group, Justice for Madi, advocates for justice after the 15-year-old was shot at her Cape Girardeau home. Murder charges were filed and later dropped due to a lack of witness cooperation.

“My heart goes out to you always,” Ellis said of the Robinson family.

Field Director Emilia Hinckley said it is especially vital to participate in this election.

“We all want to make change — November 3 and beyond,” Hinckley said. She also highlighted the importance of starting discussions.

The event concluded with a Lit Drop at noon as individuals distributed campaign literature to houses in surrounding neighborhoods. The weekend concluded with a socially-distanced phone banking event, in which volunteers connect with potential voters and sponsors through phone conversations, on Sunday afternoon.