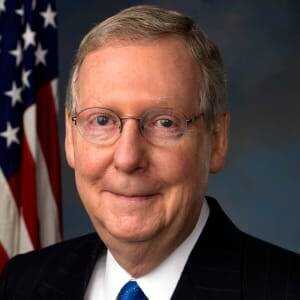 Dem. candidate for Kentucky’s Senate seat in Congress Amy McGrath sunk more than $73 million into campaigns, but ultimately lost out to the incumbent and Senate majority leader Rep. Mitch McConnell on Tuesday, Nov. 3, according to National Public Radio’s website.

McGrath, a retired Marine Corps fighter pilot, lost by more than 400,000 votes, securing just 38% of the votes with McConnell earning 58%.

McConnell will retain his title as Senate majority leader if Republicans maintain control of the Senate. Heading into the election, Republicans held a 53-seat majority.

If Democratic candidate Joe Biden wins the presidency, the Democrats would only need to win three seats to take control of the Senate, as Vice Presidential candidate Kamala Harris would be a tie-breaking vote in the Senate.

With the reelection, McConnell will serve his seventh term in the Senate.