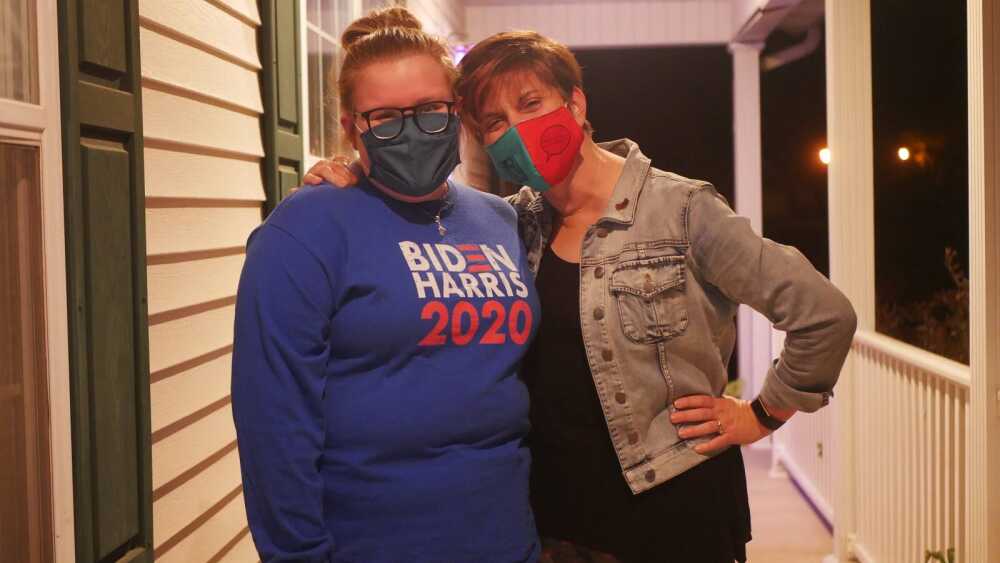 For some people, the Presidential Election is more than just another election. For Southeast professor Brooke Clubbs, it’s comparable to the Super Bowl.

“This is kind of our version of a super bowl party,” Brooke said of her election night party.

Clubbs’ daughter, secondary English Education major and freshman Avery Clubbs is a first-time voter. Avery said she noticed her peers being involved with the election.

Brooke said she wanted to make sure her daughter knew having the right to vote as a woman was not always a privilege.

“At first it was just white women who had the money to be able to go and do that,” she said. “I’ve always tried to impress upon her the fact that we owe a lot to the people that fought for this right for us.”

Brooke’s mother has also been a big influence, as she marched next to Martin Luther King. She said it was hard for her as a teacher and a mother during the 2016 election to explain the reason someone said “some of the things that the candidate had said about women and still got elected”.

To make the night fun and show the importance of the election to their family, Dr. Clubbs and Avery made election-themed food including “malarkey fries" in honor of Joe Biden and a “Kamala marsala dip”.

Avery took the liberty of making an oreo cheesecake and came up with the name of “Biden Oreo Bust Cheesecake.”