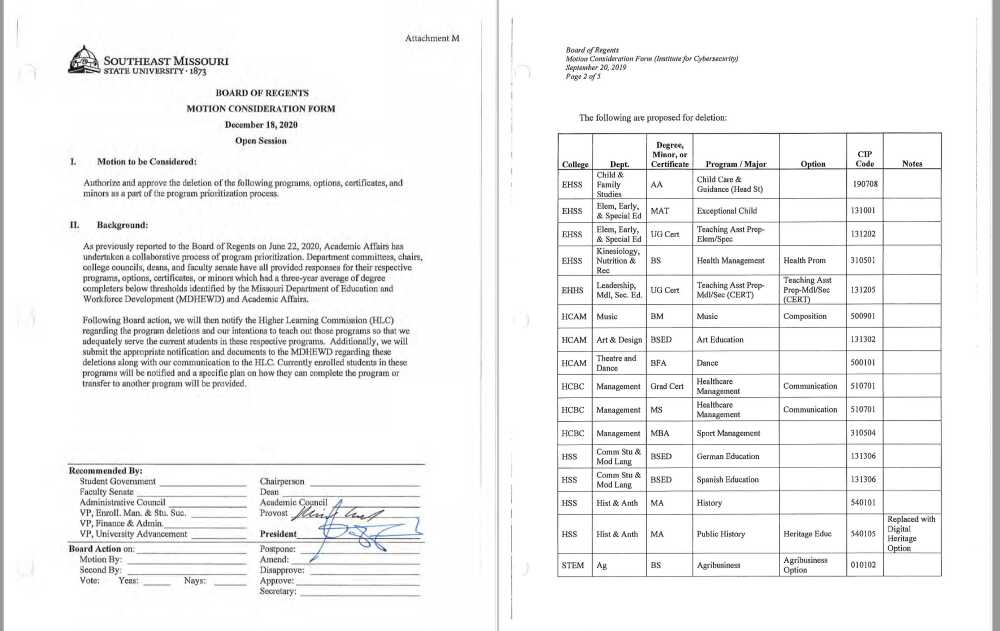 Images from Dec. 18 Board of Regents agenda

Update: The headline has been updated to more accurately reflect the content of the story.

The Southeast Board of Regents approved the recommendation for changes to 27 majors and 27 minors from the university curriculum at their Dec. 18 meeting.

The recommendation to the Board was made through the Academic Affairs prioritization process by Provost Mike Godard. Notably deleted were 30 STEM options across 12 majors. 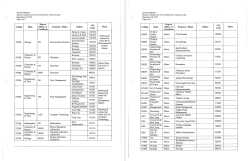 Images from Dec. 18 Board of Regents agenda

When asked by Regent Lloyd Smith, Board President Edward Gargas said he did not recall ever deleting that many majors, minors or other certifications at once. 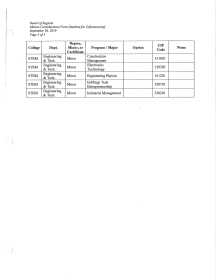 Image from Dec. 18 Board of Regents agenda

“I wouldn’t know if we deleted this many [programs] cumulatively,” Gargas said.

When looking at the programs, Godard said the key things that they looked at were program enrollment, retention and completion.

Deleting a program was only one possibility, Godard said: there was also the option to transform or enhance the programs. 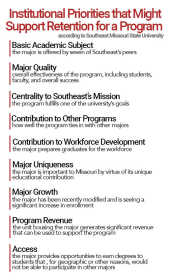 “The other thing that we have to keep in mind is that there were a lot of other programs that decisions were made to transform those programs or enhance those programs,” the provost said.

Programs with low degree production were reviewed for viability and were recommended for retention if they met any of nine institutional priorities set by the university on its academic program prioritization guidelines. The full list of guidelines can be found here.

The program prioritization and academic program review process is a seven-step process that began over the summer. The process began with reviews of each program by department curriculum committees. The reports were then reviewed sequentially by department chairs, college councils, deans, the Faculty Senate and lastly, the Provost.

Students in the programs which have been approved for deletion will be notified, and Godard said there will be a two-year teach-out plan, which will provide time for students to complete their programs.

Godard said though there were positive developments with the university budget, as was announced at the Board of Regents meeting, it was important still to look at the self-sustainability of each program based on what tuition dollars it brings in.

“We are keeping a very large majority of the degrees, but we are looking at collapsing down some of the options and streamlining things in terms of our academic offering,” Godard said.

Godard said the reason 27 minors were recommended by Academic Affairs for deletion was they “proliferated over the years” and the university hadn’t taken a comprehensive look at them recently.

With regards to potential job losses in various departments, Godard said the university is “likely going to have to reallocate some of our resources” based on present needs.

He said amidst the streamlining, the goal was to be sure there would still be opportunities in disciplines if students are pursuing them.

The fact that a degree in a program has been approved for deletion doesn’t necessarily mean the subject as a whole will be eliminated. For example, the Board approved the deletion of the BFA in dance, but the BA in dance will continue to be an option for students.

Godard said he wanted to make sure that the process of recommending courses for deletion “was very collaborative,” and the recommendations came from a departmental level, with a “shared governance approach.”

Though he said this was a difficult process for everyone, he said he believed they considered all the viewpoints.

Next is Phase 2, Godard said, where recommendations will be made about additional programs. Any other actions about the programs would come at the Board of Regents meeting on Feb. 26.