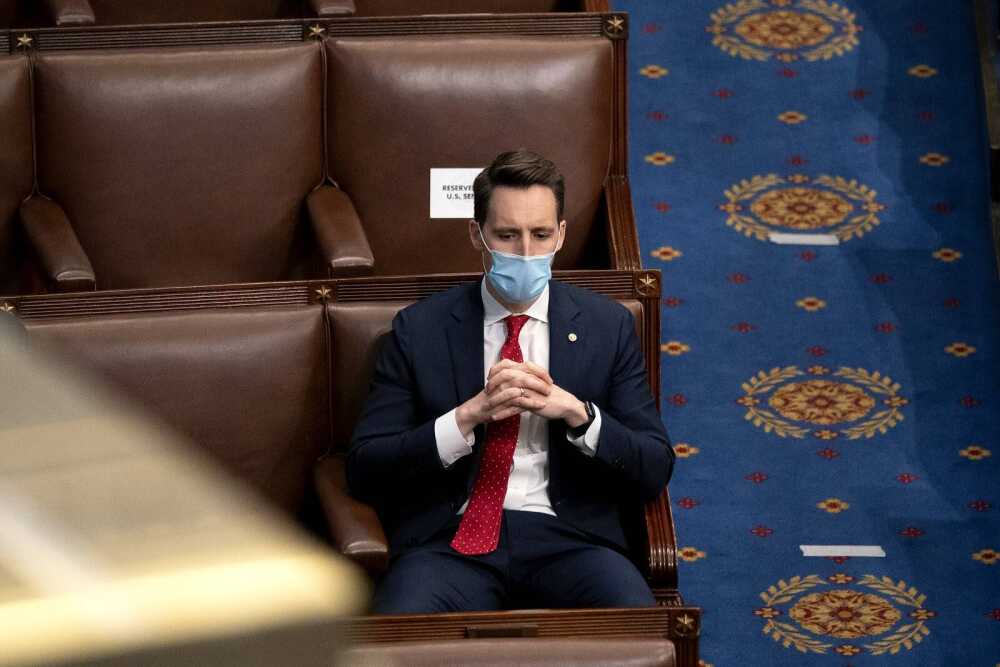 The College Democrats of Southeast Missouri State University condemned Missouri Sen. Josh Hawley in a statement after hundreds of protestors pushed past police barricades and incited havoc upon Capitol Hill on Jan. 6, 2021.

The statement accused Hawley of “regurgitating untrue claims of voter fraud in an American election” and violating his oath of office.

The organization's statement continued saying Hawley violated his oath of office when he “raised and waved a fist in solidarity to the soon-to-be domestic terrorists outside the U.S. Capitol”

E&E News photographer Francis Chung captured an image of Sen. Hawley, the first senator to openly object to the counting of Electoral College votes, as he arrived for a joint session in the House of Representatives. According to the Washington Post, Hawley’s critics saw his fist-pump as evidence of “unclean hands.”

Hawley’s press office did not respond to the criticism, but released a statement from the Missouri senator via Twitter.

“Thank you to the brave law enforcement officials who have put their lives on the line. The violence must end, those who attacked police and broke the law must be prosecuted, and Congress must get back to work and finish its job,” Hawley wrote in the tweet.

“I am disappointed in him as a person. Hawley tried to soften his words because the protestors are his base, the people who pay his bills. He did not want to anger them,” Shoals said.

“What happened at the Capitol was absolutely not acceptable. We don’t support violence in any way. Things like this should never happen in the United States,” Tibbs said.

Tibbs said College Republicans will release a formal statement in the coming days.

Ethan Schumer, senior and College Democrats member, said, “I think it is important to call Hawley out, not to destroy the man but hurt his career because he should not be in public office.”

In a letter to the Senate Ethics Committee, senators wrote, “Their actions lend credence to the insurrectionists’ cause and set the stage for future violence. And both senators used their objections for political fundraising.”

Hawley responded and expressed his personal stance on the Capitol uprising in a letter shared across many news outlets.

“Let me say again, as I have said before: the lawless violence at the Capitol last week was criminal. There can be no quibbling about that. Those who engaged in it should be prosecuted and punished. Lawless violence undermines the democratic process by which we settle our disputes and threatens our democratic life,” Hawley said.

In the same letter, the Missouri senator shared the reasoning behind his Electoral College vote objection.

“I objected with regard to Pennsylvania because the state failed to follow its own constitution. The Pennsylvania constitution has been interpreted by the state’s courts for over a century to prohibit mail-in voting, except in clearly-stated circumstances,” Hawley said. “Some wondered why I stuck with my objection following the violence at the Capitol. The reason is simple: I will not bow to a lawless mob or allow criminals to drown out the legitimate concerns of my constituents.”