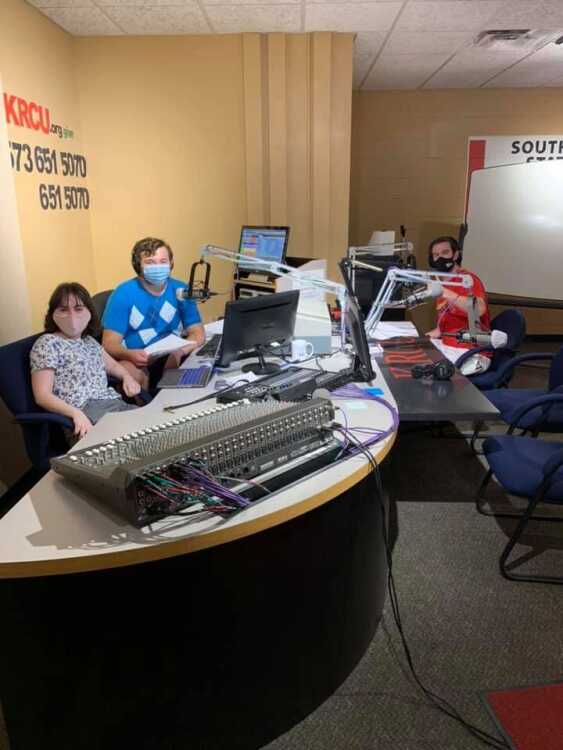 In the 1940s and 1950s, the radio was at the pinnacle of entertainment in the United States. During its heyday, live audio dramas were extremely popular, including stories like “Lone Ranger,” “Superman” and “The Shadow.”

Founder and president Clayton Hester founded the program as a way to tell stories without the added work the video format creates.

The club as a whole involves students from a variety of different majors, and work on any specific show involves a whole team's worth of effort.

The process starts with scriptwriting, which vice president Gabrielle Freitas said is usually done by the officers of RRT. Freitas said a script can take anywhere between a month and a month and a half to finish, and is one of the longest parts of the production process. RRT does have a writers’ room that is used to bounce ideas around and pitch ideas.

After the scriptwriter finishes work, they either cast the story themselves or let Freitas do the casting.

“We have gotten a lot better this semester about getting actors who can repeat,” Freitas said. “We have a really nice core group of actors that we’ve been able to call on repeatedly.”

Most actors are Southeast theater majors or RRT officers.

Recording sessions take place with all actors in the same room, as it’s the best way to get consistent sound quality. They record at KRCU on the Southeast campus.

Shows involve weeks of editing, according to Hester, and RRT utilizes sound effects and music to supplement each story. Hester said they have started working with composers to get custom music for each show. The next audio drama, slated for the end of February, includes two new pieces created for the show.

Hester and Freitas both said RRT’s first show, “Hear Me Out,” is one of their favorite productions.

“That one was so meta, and it kind of homed in on the idea of the audio drama as an art,” Hester said. “It was self-aware in the sense that it was an audio drama, and that’s one of the reasons it holds a special place in my heart.”

Recently, RRT has been able to produce one to two shows per month, and Hester said he is happy with the way the club has grown.

“When it comes to the university, I often think of how arts and media are lumped together,” Hester said. “Now we have this organization that helps bridge the gap between people who are performing and people who have ideas. Where else can writers and actors come together to be able to churn out a show in this way?”

RRT’s next show is “Pericles Penceworth,” which will be a four-part series starting at the end of February. All of RRT’s productions can be found at https://anchor.fm/redhawk-radio-theater.