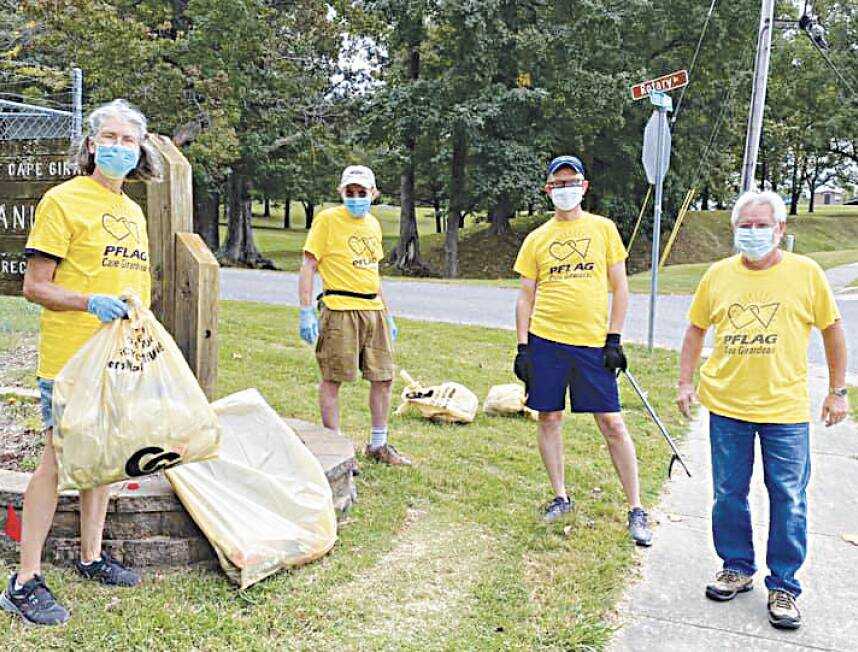 Cape Girardeau has welcomed a chapter of the first and largest organization for lesbian, gay, bisexual, transgender, queer (LGBTQ+) people, their parents, families and allies.

PFLAG, formerly known as “Parents, Families and Friends of Lesbians and Gays,” chartered a chapter in Cape Girardeau in 2017. Cape Girardeau’s PFLAG chapter is focused on providing support, education and advocacy to the LGBTQ+ community, according to current chapter president Jim Maginel.

According to pflag.org, the organization was founded in New York in 1973 after Jeanne Manford walked with her son Morty Manford in a march that would become the precursor to today’s Pride parade. What started as a support group has grown into the largest organization for the LGBTQ+ community, boasting more than 400 chapters and 200,000 members and supporters.

Heisserer-Miller said a lot of the work in the beginning included feeling out if the Cape Girardeau community had any interest in hosting a chapter for an organization such as PFLAG. Another concern included the safety of those who would seek out PFLAG due to the political climate.

“A big concern for the church where we were being housed was threats,” Heisserer-Miller said.

Heisserer-Miller and Maginel both said the Cape Girardeau community has been surprisingly welcoming and accepting.

Heisserer-Miller said PFLAG Cape Girardeau mostly serves as a connection for those in need of resources or support such as counselors or doctors. The chapter offers printed resources such as fliers and keeps a list of reputable, accepting groups like churches or vendors.

PFLAG Cape Girardeau has utilized Cape Girardeau’s street adoption program to organize a trash cleanup on Perryville Road and meets the last Saturday of every month for trash pickup.

Support meetings — which now take place virtually via Zoom — occur the third Sunday of each month at 3 p.m.

For information on support meetings, trash pickup and resources, or to make a donation, visit PFLAG Cape Girardeau’s Facebook page or email pflagcape@gmail.com.