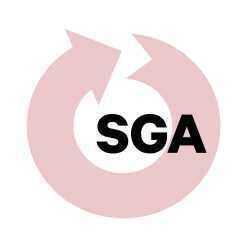 Editor's note: A previous version of this post stated one of the platforms capable of replacing SE Link as "Involve.io," the story has been corrected with the proper name "Involvio."

The university’s contract with SE Link will end Dec. 31.

He said the student body will have a chance to demo each platform before SGA members choose a platform to replace SE Link in late April.

SGA members will demo each platform before the student body to ensure constituents’ questions can be answered.

“We want our students’ voices and opinions heard before we make a decision,” Collins said.

In other business, Student Activities Council (SAC) proposed to amend its constitution and bylaws to amend executive positions through Resolution 21_13_A and 21_13_B.

SAC constitution and bylaw amendments must be voted on since the organization is funded by SGA.

The first resolution proposed the addition of a treasurer to the executive board.

During a time of discussion, a senior senator shared his concerns on the additional position.

Ockel said financial decisions would not be entirely reviewed by one individual.

“All financial decisions would be reviewed by the organization’s president and advisor before they are finalized,” Ockel said.

She said the proposed changes would help clear confusion among new and returning SAC members.

All SGA members voted unanimously to approve both resolutions.