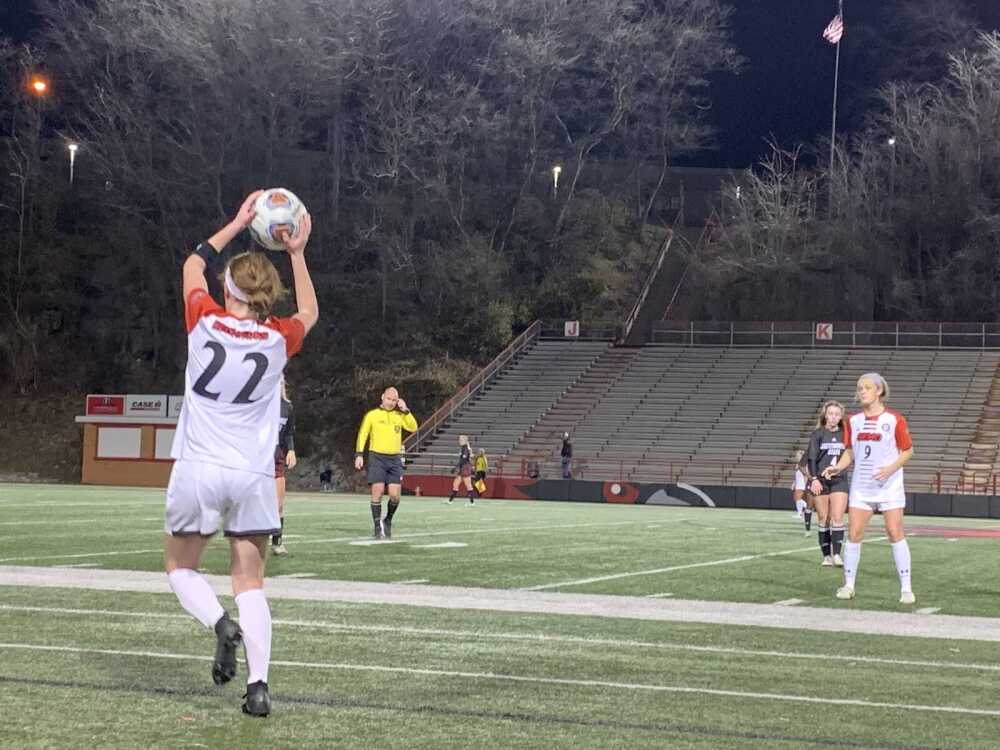 The Redhawks soccer team defeated the Jacksonville State Gamecocks on March 6 by a score of 3-1. Southeast came out fast offensively, scoring their first goal in the second minute of the match off the foot of junior forward Lauren Welker. The first collegiate goal for Welker, the score came from an assist by redshirt senior Lexie Hacker before being shot into the bottom left corner of the goal by Welker. Welker said the whole team came out strong and pumped up.

“We got it moving up the field and Lexie [Hacker] had a great ball over the top and I got it in the goal,” Welker said.

The match slowed down after Welker scored with neither team able to get much offense going. SEMO had only one foul called in the first half and Jacksonville State had four fouls called, one of which resulted in a yellow card for junior forward Ali Thomas in the thirty-third minute.

In the thirty-eighth minute Redhawks sophomore forward Megan Heisserer suffered an injury and did not return to the match.

Five saves between each of the goalkeepers kept the score at 1-0 until the forty-fifth minute when Southeast broke through. The game-winning goal for Southeast was scored by freshman forward Kiana Khedoo, in for the injured Heisserer, off an assist by freshman midfielder Nadiia Ivanchenko, taking the score to 2-0. For Khedoo it was her first collegiate goal and for Ivanchenko it was her first collegiate assist.

“Honestly it’s really amazing,” Khedoo said. “I couldn’t have done it without my teammates, they continue to push me on the field.”

SEMO took the 2-0 lead into the locker room at halftime, but when play resumed it was Jacksonville State who came out fast offensively. In the forty-eighth minute, the Gamecocks would score off of a corner kick when junior forward Cephana Deane headed the ball into the goal.

The match slowed down and neither team had much offense. It was not until the seventy-first minute when, what proved to be some insurance, the third Redhawks goal was scored by junior midfielder Kate Daus. Daus was 20 yards out from the goal when she kicked the ball past the goalkeeper and into the goal taking the lead to 3-1. This was also the first collegiate goal for Daus.

“I was definitely in the right place at the right time and was able to slow down and get a good shot,” Daus said.

The Redhawks maintained the 3-1 lead the rest of the match and took their first win of the season. The next match-up for SEMO will be Tuesday, March 9 on the road against the Belmont Bruins before returning to Houck Field on Friday, March 12 to take on the Austin Peay Governors.