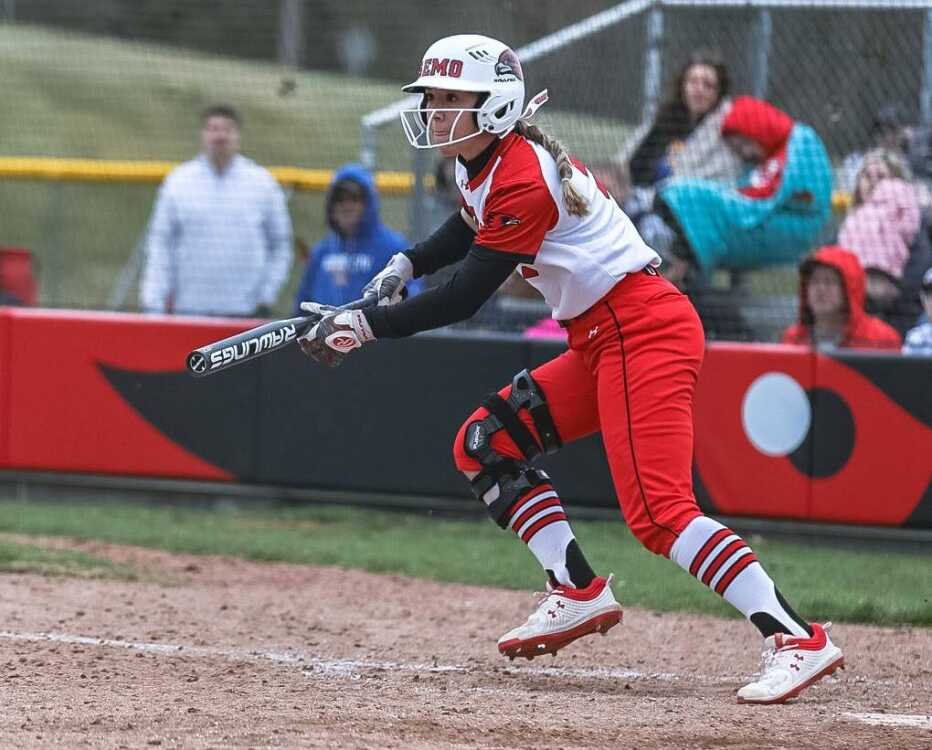 Freshman Kimmy Wallen bunting to advance a Redhawk from First base to Second. March 1, 2020
Photo by Jan Salmon

The Redhawks softball team opened their conference season on March 5 when they began a three game set with the Austin Peay Governors.

Game one of the series went to the Redhawks by a score of 6-5. Southeast scored four runs in the first two innings and two more runs late to seal the game one win. The Redhawks tallied five hits, drew four walks and struck out three times.

The second game of the series between the Redhawks and Governors was similar to game one as the game was decided by a run. Game two went in favor of the Governors as redshirt junior utility player Emily Harkleroad was hit by a pitch in the top of the third that scored the run that served as the game-winning run in the Governor's 4-3 win.

Untimely errors were the demise of the Redhawks in the game two loss that evened the series at one a piece.

The Redhawks opened the scoring in the bottom of the first when senior infielder Ashley Ellis drove in senior outfielder Rachel Anderson with a sacrifice fly.

Southeast did most of their damage in the bottom of the sixth when they scored five runs.

After untimely errors burned the Redhawks in game two, they had a clean game defensively with no errors in game three.

The Redhawks are in action again next Saturday, March 13, when they open a three game set against Tennessee Tech in Cookeville, Tenn.