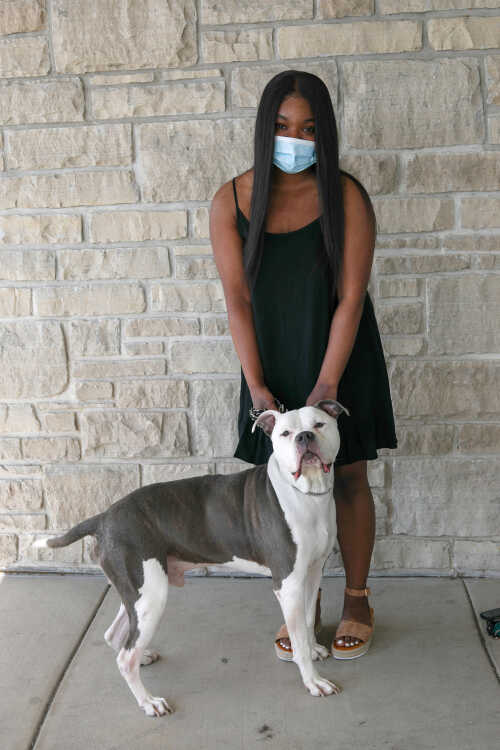 When Sophia Wilson came into contact with someone COVID-19 positive in the fall, she found herself quarantined in Dearmont Hall. During an experience she calls “anxiety-inducing,” she said she needed her emotional support animal, Winifred, more than ever.

“It was really nice to have something to do, someone to hug on and love on, while in such a stuck state,” Wilson said.

She adopted her cat, Winifred, on March 14 of last year — the same week COVID-19 began to impact the Southeast community. While isolated in Dearmont’s single-occupancy room, Wilson and her cat, nicknamed Beans, played fetch together. Wilson said her cat gave her a reason to get out of bed.

“It’s very sad to be alone and not go anywhere,” she said.

While senior Abbey Hook sits at her desk in Vandiver on a Sunday night, her emotional support cat Maple sleeps next to her dinner bowl. When demanding her dinner, the cat is often more vocal; Hook said she loves to jump around, asking to be fed.

As someone who experiences depression, Hook said having an animal helps her stay in a routine. As Maple fully relies on her, Hook said she feels motivated to get out of bed to take care of Maple and spend time with her.

The English major said Maple is very in-tune with her emotions; whenever Hook is feeling stressed or sad, her cat comes to play, cuddle or take a nap. Maple loves to roam and explore Hook’s suite; on nice weather days, they’ll sit outside.

For those experiencing anxiety or depression, taking care of an emotional support animal may help to alleviate symptoms.

Emotional support animals, or ESAs, are permitted in all residence halls under the Rehabilitation Act, Americans with Disabilities Act and the Fair Housing Acts. Southeast requires an application process — including a physician’s recommendation, health care history and pet records — when requesting an ESA on campus.

Sophomore De’Anna Vann’s application process to register her pitbull, Blu, was fairly easy; she said submitting paperwork took about a day. The nine-year-old pup has been with her since sixth grade. As she brought him to campus for emotional support, she said her bond with Blu has only strengthened.

He loves to give hugs, especially on bad days, she said. After transferring to Southeast last year, Vann said she was experiencing symptoms of depression. She applied for Blu as an ESA this semester, and said she feels much happier and healthier with him around.

Blu himself is an energetic, happy pup — Vann said he loves to strut around campus in his blue jacket.

Freya, sophomore Hollie Cotter’s ESA, loves to explore her Dobbins suite. The pug terrier mix was adopted nearly two months ago and was recently approved as an ESA. When experiencing stress, Cotter said Freya comforts her through cuddles.

“All dogs have an intuition when you’re sad or upset,” Cotter said.

She’d recommend an ESA to anyone experiencing mental health conditions and said having an ESA is helpful to succeeding in education.

“People in college don’t realize there’s a way to turn your mood around in a way that’s not harmful,” he said.

In November, Frey said it was becoming difficult to get out of bed — a common symptom of depression. He adopted his dog Comet and registered him as an ESA for his Vandiver suite.

If he’s upset or crying, Comet will sit with Frey and lick his face. Having a dog changes his focus, Frey said — instead of dwelling on what made him upset, he shifts to playing with Comet’s favorite toy, a soccer ball.

Beth Wolk moved away from her St. Louis home for the first time to attend Southeast. Her cat, Midnight, helped her to make new friends and connect with others. Soon, she was setting up animal playdates with other ESA owners.

Speaking with a health care professional or mental health counselor is the first step to determining whether an emotional support animal is a good fit. For more information on the residence hall application process at Southeast, visit https://semo.edu/residencelife/pdf/reslife-esa-procedure.pdf.

Resources at the online adoption website, PetFinder, may aid in determining if an emotional support animal is right for you.